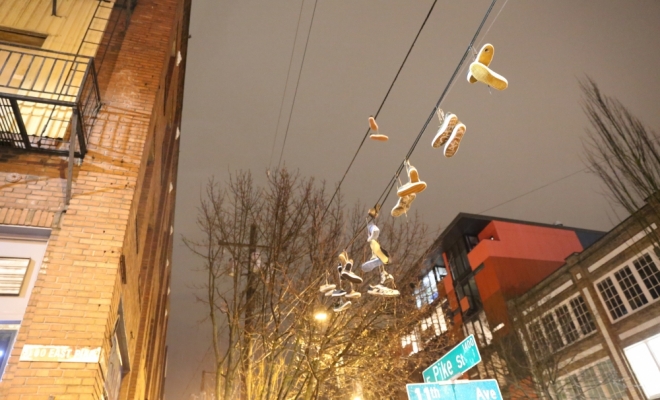 Some psychologists are wary around or even disdainful of the harm reduction model because they feel like they’re not getting to the source of the problem, that they’re only trading one undesirable behavior for a slightly more desirable behavior but one that’s still undesirable in and of itself, and this just isn’t good enough. They feel that undesirable behavior will continue in one form or another until the underlying forces are dealt with. Therefore we want to provide an existential model that includes harm reduction while providing space to help clients start thinking about those underlying forces that are the source of their issues.

Actually those of us who choose constructive, nourishing behaviors are on a harm reduction model too in that we don’t expose ourselves to any of the stimuli that cause destructive behaviors. Just because we’re not thinking about harmful behaviors doesn’t mean we’re not avoiding them. Imagine a baseline level of functioning where those whose choices are basically nourishing and constructive fall somewhere above that baseline and those whose choices are basically draining and destructive fall somewhere below it. The purpose of harm reduction is to move those below the baseline a little bit closer to it.

Where existential psychology can take this strategy to the next level is by inviting clients to consider what is different for them since they’ve chosen the slightly less harmful behavior, what has been lost and what has been gained. The gap between the old behavior and the slightly less harmful behavior can increase insight about what the psychological draw of the behavior is to begin with. And if nothing has changed for them then they won’t mind moving on to a stage of even less harm. You can keep them moving along the continuum towards the baseline until they do notice something, and that’s exactly where the conversation needs to be.

In the existential sense, all self-harm implies that people believe on some level that they deserve pain, that they deserve bad things for themselves, that their bodies and minds aren’t worthy of care or concern and in fact merit punishment. This outlook can usually be traced to an abusive situation in childhood, where the body and psyche were violated by primary caregivers. In this sense harmful behaviors are simply living up to expectations.

By choosing a less harmful behavior people are saying to themselves that they’re worth it, or at least they’re moving in that direction. Increasing insight around this decision moves the focus from the outward behavior onto the inner feelings and motivations behind the behavior, and in this way psychologists can get their wish of dealing with the source while concurrently reducing harmful outward behaviors.