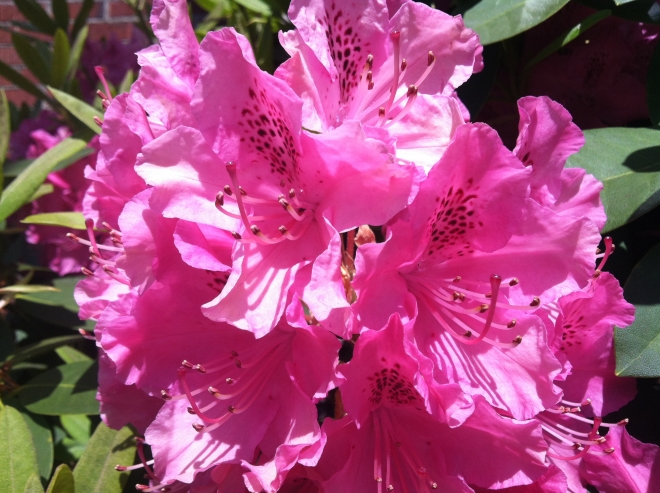 An explosion of colors and aromas has blanketed the city over the last month. I decided to take some long walks through residential neighborhoods and parks to enjoy the blooming plants and it was well worth the time. A funny thing happened to me though, indicative of the egocentricity all humans share to one degree or another. I came to take the sights and smells as a permanent fixture in my life.

The same flowers blooming proudly just a few days or weeks ago have lost their splendor and are now wilting. They are specters of their former glory and many are quickly headed towards oblivion. For me, what started as a relaxing experience and a chance to take some photos became a powerful reminder of the transience of all life and how quickly health and growth turn into decay. This might sound morbid but actually the thought is quite hopeful in the sense that you can consciously raise your appreciation for the health you have right now, feeling motivated to suck the marrow out of your life and relationships while you remain in full bloom.

It is in the nature of all living things to die and without death there could be no life. It’s a great irony that the same people who bemoan their mortality don’t seem to fully grasp that without change they never could have come into existence in the first place. Of course, it’s also in the nature of all living things to fight for their survival and want to be alive, which is what makes being organisms that have the capacity to be consciously aware of the interplay between life and death so challenging and anxiety provoking.

One of the ways that we unconsciously fight back is by not ever really living in the moment, believing we have all the time in the world, secretly banking on our own immortality, believing that somehow the rules won’t apply to us despite the overwhelming evidence to the contrary. Many don’t realize that they were in the glory days of their lives until old age and ill-health finally set in, making them look back fondly upon a period that they never fully appreciated while they lived it.

You don’t have to wait until you are old and gray to appreciate the time of your life when you were in full bloom though. Just like the flowers on my walks, it will be over before you know it. Your perspective can change dramatically just through recognizing how lucky you are to be healthy and alive right now. If you are at a later stage in life don’t despair, there is great beauty in fall foliage or the stillness of the stark winter landscape too. No matter where we are in the lifespan, we can increase contentment and peace through the simple act of concentrating on our breathing. Inhaling we say to ourselves “Breathing in I know that I am alive”, and exhaling we say “Breathing out I am thankful that I am alive.”