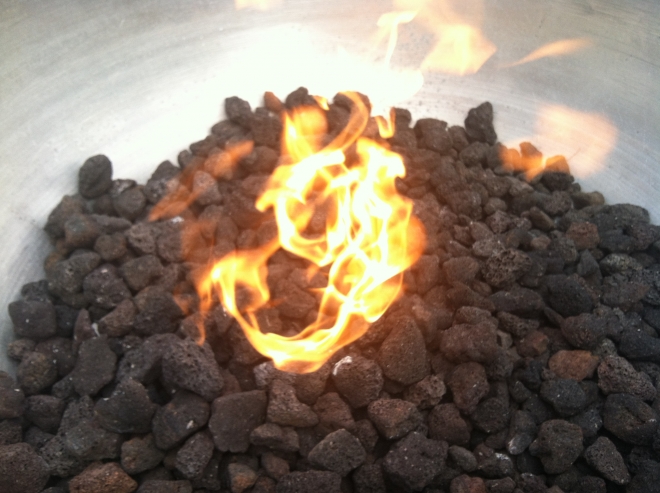 Fire is sometimes associated with rage and the symbol is a good one. Fire is intense, hot, powerful, and can leave a charred path of destruction behind it. I was considering the metaphor of fire to help people dealing with unwanted feelings of intense anger and came upon the idea of forest fires as a good way to explain some important psychological principles for how to better regulate this powerful emotion.

An interesting point to consider is that the health of the forest as a whole is actually dependent upon forest fires from time to time. Fires can be cleansing and actually create the conditions for new growth by breaking down important nutrients bound up in chemical compounds. If fires were extinguished right away and not allowed to play themselves out the entire ecosystem would become sick and finally die. This idea seems counterintuitive to many of us because when we think of raging fires we tend to think about destruction rather than renewal.

If you think of yourself as the forest and your anger as the fire, we have a great metaphor to work with to show that constantly extinguishing your anger before it gets the chance to burn will ultimately lead to the deterioration of your psyche. The problem of course is that unchecked rage usually leaves a lot of damaged human relations and other wreckage in its wake. That’s why a controlled burn is the ideal when managing forest fires. The fire gets to play itself out and helps renew the ecosystem but it is kept within certain boundaries.

Giving yourself permission to express your rage while minimizing the damage done to those around you is the mindful way to regulate your anger and ultimately use it for growth and renewal. You’ve got to be very skeptical of any program that promises to make your anger disappear because it’s an important part of the emotional spectrum and has a great deal of evolutionary value. Anger is the correlate to reactive hostility, which is where someone wrongs us or violates us in some way and we feel compelled to defend ourselves and fight back. This is psychologically healthy and those without the instinct would not have had much of a chance to pass on DNA.

The problem of course is that rage often burns out of control, it is directed at people who don’t deserve it, or it is no longer a healthy reaction to being wronged but exists independently. It can feel really good to be mad and for some the state is addictive. They get things done, they feel powerful and in control. But ultimately the fire burns too much of the forest and leaves nothing but scorched earth behind it.

People who are trying to regulate their rage often find it helpful to mindfully consider when they feel it rising up in them and instead of trying to contain it, let it out in a space free of other people like the inside of their car or their bedroom. Once they have expressed it they mindfully think about if their anger stems from an actual wrong, and if so to whom this anger should be directed. Finally they seek out this person while in a less emotionally volatile state and air their grievance without the intense heat of rage behind it. This lessens the risk of hurting the relationship and more often then not results in a greater connection between the two people where psychological needs are more clearly understood. In this way the fire of anger is cleansing and clears the way for new growth.