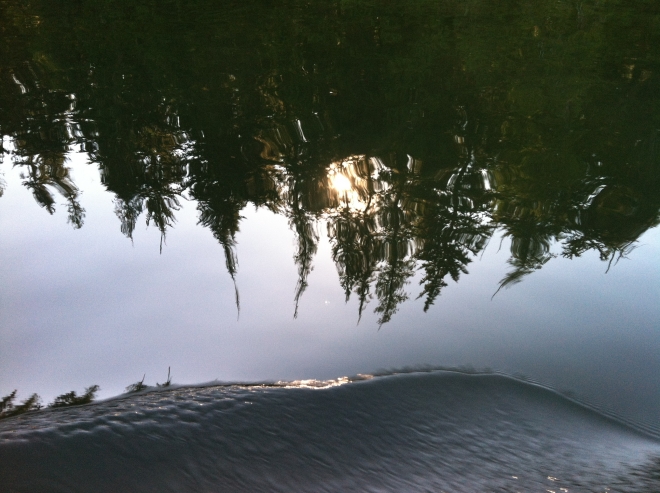 Yoga comes from the root word yuj, which means ‘to join’. The closest word we have in English to the original Sanskrit is ‘yoke’. What we are really talking about is joining together the mind and the body in order to achieve a definite spiritual end. In the Yoga tradition this means systematically moving closer to your true Self.

The process of spiritual awakening has been called many different names in many different cultures. In Western psychology it is making the unconscious conscious. This is why you do not have to believe in the dogma of Yoga, or even in the concept of God, to use the teachings to completely change your life and discover who you truly are. Yoga is one path amongst many.

First let’s talk about the paradox of the yoke. A good mental image is a beast of burden like an oxen yoked to a plow. Our Western framework of life is based on individuality and freedom from restraints of all kinds. People have fought bitterly since the end of feudal times to maintain freedom from all forms of oppression and control. This is why the idea of yoking yourself probably seems restrictive and goes against your unconscious values. The paradox is that true freedom is impossible until your mind and body are working together as one. By bringing these processes under your control you are freed for the first time to be yourself.

The practice of asanas, or what most of us in the West simply refer to as Yoga, is the yoking of mind and body, helping you to function as a unitary whole. Your movements become increasingly intentional, your breathing never changes even under heavy exertion, and you experience yourself completely in the moment. Mind and body overlap and become one.

It’s important to understand that the practice of asanas is not an end in itself but instead a means to the end of unfolding your true Self. A good parallel to help you understand this is that you don’t go to counseling to go to counseling. You go to counseling to improve every facet of your life and to discover who you are as well as the conditions you need to live a happy life. You have the best chance to learn this in the counseling hour, and it’s often true that people experience themselves most fully as they really are during the counseling hour, but the entire process would be pointless if it didn’t seep into who you are outside of that hour.

Psychologically, the relationship most of us in the Western world have with asanas is identical to the relationship the mystic had with Isvara. Our overriding goal is to perfect each pose and achieve mastery. Any beneficial side effects like increased peace and happiness, a more clearly defined sense of self, or more authentic human connections are happily received but not actively pursued. It’s funny actually that in the Yoga community masters of asanas are revered almost as if they were minor deities. But any talented athlete or contortionist could probably achieve a high level with practice and dedication. For the true Yoga practitioner asanas are not ends in themselves but rather means to achieve the end of true Self.

Like I said at the start of this piece, I believe that the unfolding of your human powers and growing into your Self can happen in a variety of formats and the psychological principles embedded in all of them are similar. The purpose of the articles that follow is to explain psychological principles that you will be able to personally relate to in the context of your Yoga practice. You will be able to actively apply your knowledge from these pieces in the moment while going through your series of asanas, and be able to start making connections about what these revelations mean to you in your life. By making asanas secondary and as only a means to the more important end of discovering who you really are, you will find that you have a more powerful and lasting reason to keep practicing even in the face of setbacks. Your practice will explode and your skill set will increase more rapidly. By giving up the primary need to get better at poses you will get much better at them.