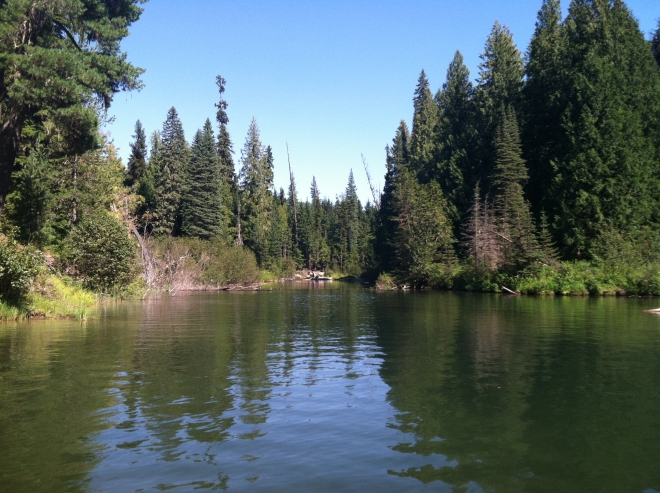 By Michael Schreiner | February 13, 2013
There is an idea that feels quite foreign to the Western mind, yet if you give it time to sink in you will not be able to deny its validity or its potential to profoundly alter the way you relate to the world. Our mentality centers around individuality, and it goes without saying that having progressed to a state where the individual has freedom of thought and action as well as the ability to self-actualize is a monumental gain in the history of humanity.The downside of our emphasis on the individual is that we lose sight of the connectivity of all things and our intrinsic dependence on our environment to stay alive. The Indian spiritual tradition of Yoga recognizes the connectivity of the universe with its concept of the outer body.

Basically, it posits that you do not end at the frontiers of your physical body. You also extend to your immediate environment, the world, and even the universe. There is a constant interaction and exchange between your inner body and outer body, and our Western way of separating the two is arbitrary. Our error comes from believing that because our consciousness seems to be centered around a mass of molecules that we consider to be our body, this is the only place that we reside.

But try taking a deep breath right now and then hold it for as long as you can. See how long you can survive without exchanging molecules that are part of your inner body with the environment that is part of your outer body. As Deepak Chopra says, “You exchange ten billion trillion atoms with your surroundings with every breath you take. The atoms you inhale every day have traversed the bodies of living beings across the universe and across time. Within you right now, you have carbon atoms that once inhabited the body of a cheetah in Africa, a dolphin in the South Pacific, a palm tree in Tahiti, or an Australian Aborigine. Ultimately, every particle in your body was stardust, created at the dawn of the universe” (Deepak Chopra, The Seven Spiritual Laws of Yoga, Pos 845 of 1383, Kindle Version).

The mass of molecules that make up your inner body are in a constant state of change and are dependent upon the foods you ingest from your outer body to remain functioning. You have bacterias and other microbes living inside of your inner body that come from your outer body. They help to maintain human health and without them you would die. When your physical body expires, all of your molecules will be taken back by the universe and made use of, changing form but not disappearing.

This mentality is at once awe-inspiring and motivating. Think how the world would change if the majority of people truly believed that they had ownership over, and in fact were, their surrounding environment. Protectiveness of it would go through the roof and maltreatment of it would be viewed as a personal injury. And this is exactly what it is.