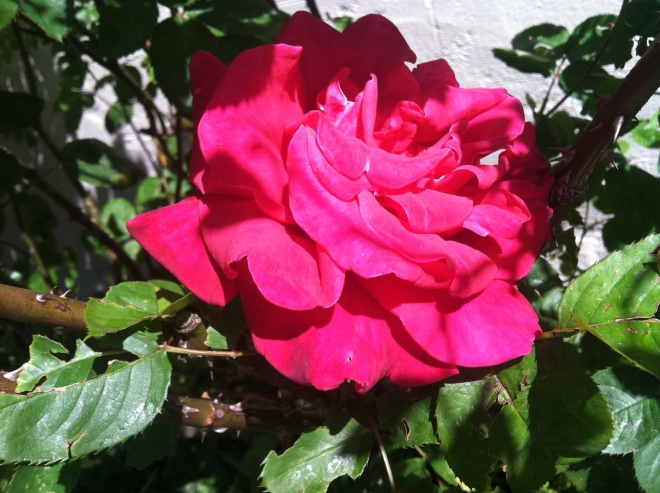 The season premiere of the ninth season of ‘Grey’s Anatomy’ provides rich material for discussing the process of grief and grief recovery. We’ll give a quick overview of the circumstances that have led characters to be at varying stages in the grief process and then talk about a few scenes during the episode to let some psychological concepts burst to life.

To briefly recap in case you don’t follow the show, the episode picks up a few months after a deadly plane crash. It depicts several of the main characters struggling to make sense of the tragedy and deal with the consequences of having survived. One of the people in the crash, Mark Sloan, is in a coma and will be taken off of life support in a few hours.

The situation forces each person’s grief experience to be unique even though the same tragedy provoked it. This helps us remember that the best definition for grief is a change in an accustomed pattern of living where the confrontation with or avoidance of non-being is a central element. No two people respond to identical circumstances in identical ways. Any situation that forces us to confront the reality of non-being, either real or symbolic, can be grounds for grief.

A few months have passed and the people affected by the tragedy are clearly not doing well. The question is what life solutions each will take to try to move through the grief process and eventually heal. Many of these solutions will be revealed to us throughout the year, as well as the circumstances that prompted them in the months leading up to the premiere. We can make some general observations about the process though and show some of the good things people are doing.

It appears that one of Meredith’s solutions will be to take a young protege under her wing and help direct the course of her development as a surgeon. Meredith lost her younger sister in the crash and under the circumstances this solution appears to be a good one because Meredith is choosing a life-affirming way to deal with her loss. She is forming a new connection that in some ways mirrored the old one, and choosing to expand instead of shrink further into herself. However, the psychological danger exists that Meredith will begin to create unfair expectations for her intern. She might imbue her with the character traits of her dead sister and try to force a similar relationship instead of allowing an authentic relationship to blossom. This is one of the reasons why people who move from one romantic relationship to the next always find themselves in the same situation and repeat the same patterns. They are trying to imbue each partner with the qualities and characteristics desired rather than the ones that are actually there.

Another scene worth discussing to show the importance of community occurs when Karev accidentally bursts in on Callie crying by herself in one of the doctors’ sleeping quarters. She desperately tries to hold it together, doesn’t want him to see her crying, and then yells at him to go away. Karev almost gives in but then comes back to comfort her. This is an important scene for everyone who is grieving and for the people trying to support them. The best way to recover from grief is to experience it as a part of a community. The feeling of solidarity with others cannot be understated when what we are talking about is loss and non-being. Trying to grieve by yourself is lonely and sad. You don’t fix loss by creating more loss in your life. You fix it by engaging with your community and creating more community, like what Meredith is ostensibly doing with her intern protege. It took courage for Karev to come back into the room. It would have been easier for him to avoid a difficult situation and then rationalize it by telling himself he is giving her space.

Meredith has a comment near the end of the episode where she says that “Everyone’s leaving. Everyone’s dying. Nothing is the same.” She is referring to the fact that several of her close friends are moving across the country to other hospitals now that they have passed their boards and have gotten job offers. It’s a potent reminder that symbolic loss can feel just as painful as actual loss, especially when the two occur in tandem. We usually do not like for things to change but change is a part of life. We are all born, grow old, and one day die. Changes to patterns during our life arcs remind us of our unalterable existential situations and our fundamental inability to stop change.

The good that can come out of these very painful transitional times in life is that we get the chance to honestly survey our own lives and decide who and what we want to be during the time we have remaining. We can decide to turn towards life and towards creative human activity. We get to decide who we actually want to spend our time with and who we want to have in our lives.

The doctors at Grace Memorial had a good thing going as a symbolic family. They supported one another in important psychological and emotional ways. Now they have begun the process of splitting apart and breaking up the team. In addition to dealing with the real deaths of their friends and colleagues, they are experiencing the symbolic deaths of their working relationships and day to day friendships. They will almost certainly all realize this truth as the season progresses and find a way to come back together. The value in understanding the psychology would be that they could decide for themselves whether coming back together is a sign of mental health. Is it done out of fear and anxiety because the original tragedy has not been properly confronted and no one wants to deal with more loss? Or is it done out of having gone through the grief process, honestly confronting their existential situations, and deciding upon a lifestyle that is satisfying and ultimately more meaningful?