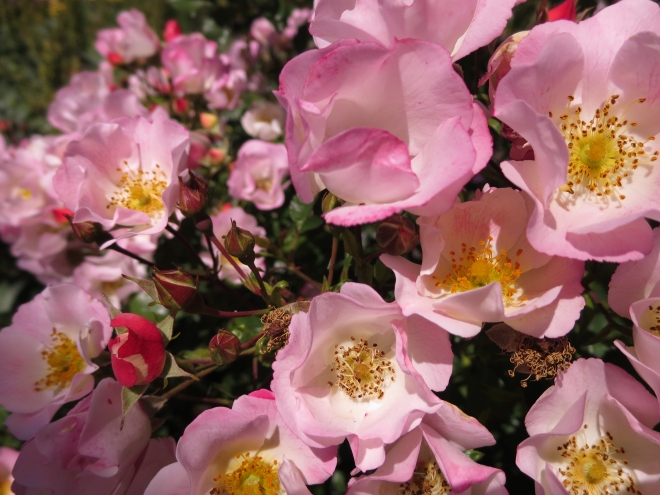 A mother and her young child were in line at a pharmacy and the kid was being a real showman, saying cute things to make his mom and the people behind the counter laugh, clearly enjoying being the center of attention and really hamming it up for his audience. Then came the payoff, “Am I going to get a special surprise?” he sweetly asked. “I want a special surprise.” His mom reasonably responded by saying “We can’t get you a special surprise every single time we go to the store now can we?”

He continued to pester her as they walked away but it became clear that his approach wasn’t working, and as you can probably imagine he changed tact. First came the whimpering, then a few tears, then sobs, and finally the escalation to screams that echoed throughout the store, a full on temper tantrum. I saw them outside walking hand in hand about a minute later, him happy as could be once again, her going over various options, whether he wanted a purple special surprise or a red special surprise.

If you can fully understand this sequence of events from a behavioral point of view you’ll be well on your way to managing temper tantrums because you won’t let yourself be deterred by your empathy, the social pressure of looking like a bad parent in public, or your child’s strategies. It makes sense that you don’t want to see your kid in emotional pain, but in the case of a temper tantrum he’s not in any real pain. It’s a show, a circus act used to manipulate you for a desired end, and actually the only way you can be a bad parent is by falling victim to it.

What happened in our case above, and what happens in the case of all temper tantrums, is that the parent and child switched roles in the training scenario, where the child became the trainer and his mom became the trainee. The temper tantrum is the definition of a negative reinforcement, something the subject wants to avoid because it has aversives embedded in it. You know that the way to make these aversives go away, aversives like seeing your child in pain and feeling embarrassed in public, is by capitulating to your child’s demands, so in a very real sense your child is training you, using a negative reinforcement to get you to perform a desired behavior.

When you understand the real motive of temper tantrums, you’ll realize that you have to regain control over the training situation, that you’ve been displaced as the trainer. The way to reassert your role is to kindly but firmly remind your child that this kind of behavior won’t be tolerated under any circumstances. Do not perform whatever action it is the temper tantrum is designed to make you perform. You certainly don’t want to give him a ‘special surprise’, which will only act as a tangible reward to reinforce the idea that a temper tantrum is an extremely effective training tool. Like we said, your child is not in any real emotional pain. It’s a performance meant to achieve a desired end, and if you hold firm the tears and screams will disappear quickly without any help from you. You can reserve your special surprises for times when he is behaving in a way that fits your training strategy, not when you are behaving in a way that fits his.