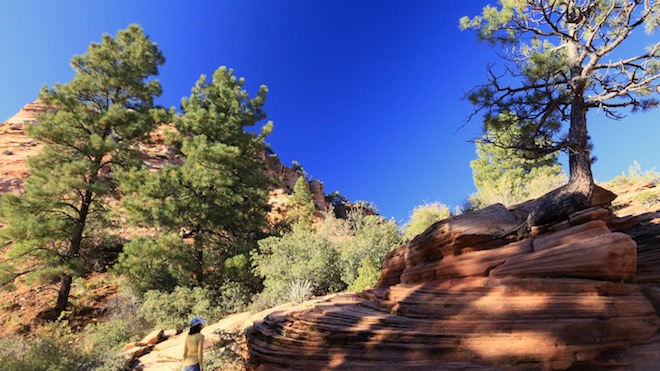 Bud light has an advertising campaign going that targets NFL fans. It highlights some of the superstitious behavior that people engage in during the season like crossing fingers, tapping signs, or wearing different colored socks.

One commercial features a group of friends teaching a new initiate about how to face the logo out in order to help influence gravitational forces during a field goal. As the ball apparently sails through the uprights we see the look of wonder on the man’s face, followed by the slogan ‘It’s only weird if it doesn’t work’.

One reason that people engage in magical thinking is that it gives them a modicum of security in their lives when they feel that they have specific knowledge about how to influence outcomes that would normally be out of their control. It lowers anxiety.

The funny part about the slogan ‘It’s only weird if it doesn’t work’ is that it presupposes that such rituals can work. Actually the events that transpire and the magical thinking associated with them are completely unrelated. The outcomes of games will be identical regardless of superstitious behavior, as any rational person will concede .

People who engage in magical thinking might be very rational in other areas of their lives, but in the case of their rituals causation is presupposed. The only question is whether the ritual is effective enough. If the fan gets his desired outcome it is proof of the efficacy of the ritual. If it doesn’t work it proves nothing about the overall efficacy, but only that it failed on this particular occasion. This sort of faulty logic is central to all magical thinking and makes intervention challenging.

Obviously if magical thinking is not seriously affecting relationships, job performance, or well being then it can be considered more of an eccentricity and probably doesn’t need to be corrected. I let a person experiment with performing the ritual or not during actual conditions, and instruct him to focus on what is happening with his anxiety during the process. He is asked not to perform the ritual and see that the outcome can still be positive. If this occurs it is unalterable proof that the desired outcome is not subject to magical thinking.

Magical thinking is really about anxiety reduction, so the important part in this process is to help a client raise awareness about his fluctuating anxiety while he is trying to resist performing the ritual. If he is unable to resist, he will notice a precipitous drop in anxiety right at the time he performs it. If he is able to remain strong he will notice his anxiety steadily rising, probably to almost unbearable levels. Regardless of the outcome, the conversation can start to focus on the underlying issue, which is all of the ways we try to combat anxiety. Then he can start learning healthy ways to combat it that actually work in the long term.