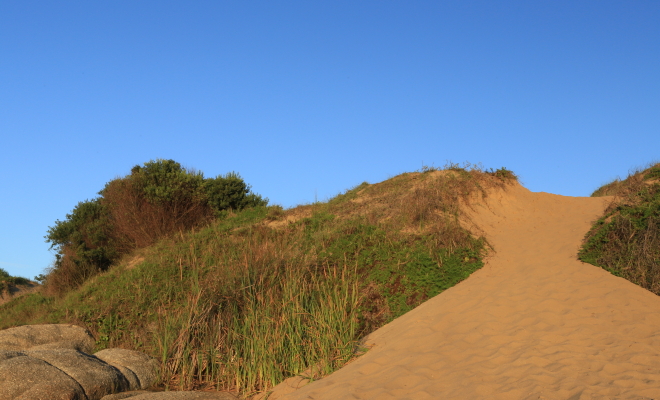 When people find it excruciatingly hard to let go it’s not only because they had it really good but also because, usually at the unconscious level, they believe that there is no possibility of life ever being that good again. The one and only daily train to the land of meaning and happiness is no longer in service.

From the perspective of the psyche, holding on to what is lost keeps what is lost alive. It remains up in the air as to whether the train can be repaired. To the objective observer, and to the rational part of the brain, it’s usually pretty obvious when circumstances have irrevocably changed, and it’s pretty obvious that these changed circumstances are going to disrupt customary patterns of thoughts, feelings, and behaviors. Sometimes there is no going back. But we human beings are not rational creatures, we’re irrational creatures with the built in capacity to think rationally.

Remaining in a grief holding pattern keeps both the fear of finality and the pressing need to change customary patterns of thoughts, feelings, and behaviors at bay. It’s a solution that comes from the irrational side of our natures. Whether we choose to say goodbye or not, sometimes the situation we loved is gone and it’s never coming back. But by refusing to say goodbye we fool ourselves into believing that our wanted circumstances still exist, or at least that they can be recovered.

Dreaming a new dream is impossible unless we wake up from the old one. The fundamental error many of us make is in assuming that there is one and only one dream for us, one and only one set of circumstances from which we can derive meaning and happiness. By holding on to what was we continue to derive a modicum of meaning and happiness from the object of our longing, even though it’s just a shade of its former glory, even though it only exists in the private world of our psyches.

But there are countless sets of circumstances from which we can derive meaning and happiness. Just as multiple rivers flow into the same ocean, multiple possible life paths lead to the same psychological place, a place of meaning and happiness. When we summon up the courage to let go and say goodbye, to accept the finality of the situation, we prime ourselves for myriad possibilities awaiting us that we’re incapable of seeing as long as our vision is clouded by the old set of circumstances. These possibilities, if recognized and pursued, will involve different challenges, different ways of being, but result in the same meaning and happiness we have lost and are yearning for.