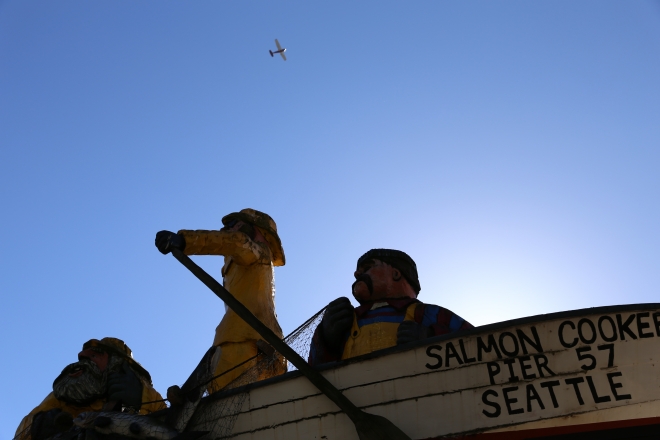 Existentially speaking, those who are most derogatory towards the drifters are suffering from the same problem as the drifters themselves, which is trying to find an adequate way to deal with existential anxiety. Drifting through life is a choice as surely as focused action is a choice. Drifting deals with the threat of nothingness by pretending it doesn’t exist, that a choice doesn’t have to be made because things will stay the same forever. Focused action deals with the threat of nothingness by trying to take control of the situation, by trying to achieve a sort of immortality by being the changer instead of the one who is changed.

In both cases what is going on is existential anxiety, and so we see that although on the surface those who are drifting through life might not seem like they are concerned about much they are actually deeply sensitive. They are struggling at some level of awareness with the reality that every life choice, every decision, carries symbolic death in its wake because all other possible courses of action are excluded the moment one course of action is taken.

This is why the most helpful psychological insight you can have if you are drifting through life is that doing nothing is doing something. You can’t escape your existential responsibility as a willing human being capable of conceptualizing time and change. Symbolic death is painful, it reminds you of the real death that awaits, but staying stuck in neutral is symbolic death for all those courses of action, including the one that was meant for you.

Life passes us by a lot faster than any of us would like to admit. Don’t approach the end of yours without ever having made the conscious choice to walk your individual path of self-actualization. Drifting through life might seem like a good strategy since putting off making a decision lessens your existential anxiety, but you end up stopping your growth in its tracks and with it the person you are supposed to become.