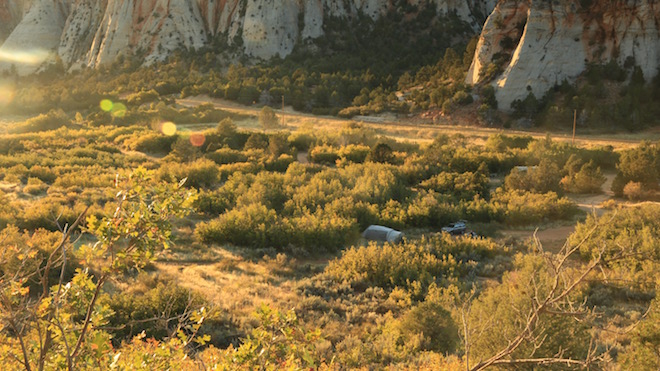 You’ve probably heard this story. A man is approached by an angel who offers to reveal the answer to any question he might have. Jacob responds ‘I’d like to see the difference between heaven and hell.’ The angel agrees, and says they will first visit hell and then go to heaven.

They arrive at a magnificent dining room in what appears to be an extraordinarily large  mansion. People are seated at a huge table in two rows, where each has someone facing him or her on the other side, stretching off as far as the eye can see. In front of them is the most bountiful and varied feast Jacob has ever seen. It looks delicious. Yet in spite of the ornate surroundings and delicious meal all of the attendees look sorrowful and frustrated. He then notices that the joints have been removed from all their arms, and their necks have been extended in such a way that reaching the food or feeding themselves is impossible. They look glumly towards the center of the table. Some complain about the horrible trick that has been played upon them. Others stare silently in anger, their bellies rumbling in obvious hunger. Jacob is impressed by the novelty and cruelty of the trick.

Then the angel takes him to heaven, and he is surprised to see an identical scene. Here too is an impossibly large, ornately decorated mansion. The same food lines the same dining table, and the attendees have also had their joints removed and necks extended. Yet instead of glum silence he hears joyful laughter, interesting conversation, and murmurs of approval about how delicious the food is. Each participant feeds the person across from him, and all are satiated and happy.

You may have heard this parable before. If not it is an excellent format to discuss the psychological differences between people who passively accept their external realities and those who actively engage with their external realities to create more human connections and an inner sense of of fulfillment and happiness. The story is brilliant because the external reality is identical in heaven and hell. The only difference is in how people perceive their unique situations and how they decide to act based on their internal feelings of productiveness and connection. People who are loving tend to live in an environment filled with love. People who are hateful tend to live in an environment characterized by selfishness and greed.

When I hear people say comments like ‘This is the way the world works’ or make general statements about external conditions being unchangeable, it usually follows that these people have passive orientations towards life. They want external reality to change without doing anything. Regardless of external conditions there is always something you can do to influence your surroundings or at least yourself. Even under intense pressures like incarceration or torture, many people throughout history have influenced reality because of how they perceived their situation. Think of the ‘Letters from Birmingham’ that Martin Luther King wrote while imprisoned, for example. One freedom that can never be taken from you is the freedom to view your human situation as you see fit.

Most of us do not face intense pressures like torture in our daily lives, but we have been beaten down psychologically and spiritually to the point where we feel small and insignificant compared to the giant economic and social machine that rolls on with or without our approval. Yet as the parable shows us external reality does not create the conditions for internal change. Rather, internal decisions on how we want to live and be in the world create the conditions for external reality. When we decide that we want our reality to be one of love and productivity our environments and the people in them tend to move in that direction.