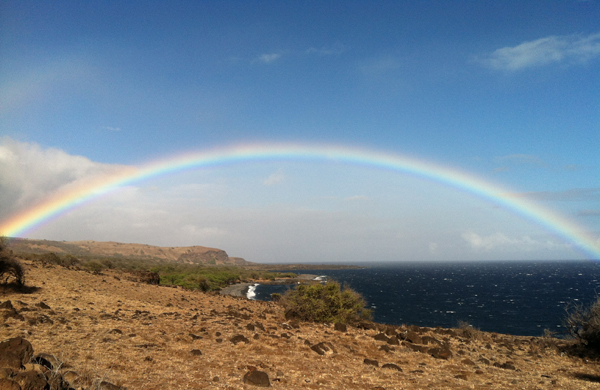 People at risk for becoming depressed worry more about what others think about them than the general population. They are highly tuned in to body language, facial expressions, cadence of words, and often read between the lines of conversations, inferring hidden meanings. This propensity to be empathic can be channeled in healthy ways but people who become depressed tend to harp on the negatives. If your underlying motivation for tuning in is to find proof of your worthlessness or defects you are setting a dangerous trajectory for yourself.

They fear rejection and tend to regard small social slights as global proof of their deficits. Fear of rejection usually acts as a self-fulfilling prophecy. You will find what you are looking for, either by focusing exclusively on a small part of an encounter, perceiving rejection where there is none, or acting in a way where the other’s rejection of you is an assured outcome. Human behavior is varied and you can usually find what you want in a human relationship. If you consider a person to be fun and outgoing you will recognize those attributes and ignore or minimize the times when he or she is feeling sad or wants to be alone.

High rejection sensitivity and low self-concept go together. When you need external sources to validate you as a person you are always at risk for low self-concept because the validation might stop. Our culture thrives on external sources of validation. Since you were a kid you have been judged based on your outward behavior rather than who you are as a person. Think about that for a second. Children are told they are good when they are behaving well. They are given gold stars at school when their work is acceptable. They are cheered when they do well in sports. Society does not do a good job of recognizing people as worthwhile and deserving of respect because they are people. It’s always based on accomplishment.

There is one relationship a child has that predicts whether his self-concept will be high or low as an adult and this is the relationship with his parents. Parents who love their children for who they are rather than what they do prove to them from an early age that they are special, have dignity, and are worthy of respect simply because they are. They do not have to do anything for their parents’ love, it just exists. People with low self-concept who become depressed usually did not have this type of relationship as children. I have rarely worked with a person suffering from depression who did not report abuse, difficult parental relationships, and feelings of worthlessness that have been in place since childhood. Love was not constant but instead conditional and often taken away for no discernible reason. On an unconscious level they have always battled feelings of being unlovable because their first and most important relationship fostered them.

When you don’t feel lovable and your self-concept comes from external sources a black hole is created that can never be filled. Your intimate relationships are not fulfilling because friends and romantic partners are incapable of giving you what you really need. And that is self-love. It’s the feeling in your bones that you are worthy of the admiration and love that comes from others.

Increasing your self-concept is a long journey of self-discovery. It’s not going to change in a day or a week and it takes courage to face your past, your present, your Self, and your relationships. Building a thicker skin and being less sensitive to rejection is a little bit easier and behavioral psychology can help you get there rather quickly.

I used to play a game with friends when I had just graduated from college that we called Farkle. We would all come up with an embarrassing situation that one unlucky player would have to enact in a social setting. For example, a friend had to approach the most beautiful girl on the beach by rising up out of the ocean like he was the first creature on earth and then crawl towards her making dinosaur noises until finally standing up and saying hello. Another girl had to run towards a guy she had a crush on at a bar holding her pants up from behind frantically asking him where the bathroom was. These scenarios were horrifying and hilarious, and a funny thing happened as the weeks went by. We all began to grow thicker skins, and what once seemed shocking began to feel commonplace. After a while we gave up playing the game altogether because the embarrassment factor that made it so fun to watch had completely disappeared. It’s a behavioral reality that most people can adjust rather quickly to new circumstances. They find equilibrium with their environment and after a while conditions that seemed unacceptable become par for the course.

If you have high rejection sensitivity, your goal can be to purposefully embarrass yourself at least once a day. Say something outlandish in the elevator. Approach someone from the opposite sex at a bar or restaurant with the goal of getting shut down. This is called paradoxical intention and it works incredibly well. By purposefully trying to do more of whatever it is you are avoiding the anxiety that accompanies these events tends to go away. The famous psychologist Albert Ellis once decided to approach 100 girls at a botanical garden to face his fear of new encounters with the opposite sex. He ended up meeting his future wife. I am not claiming that you will meet the person of your dreams, but you will quickly learn that rejection is not that bad. The earth keeps spinning, people go on about their days, and you will be able to as well.