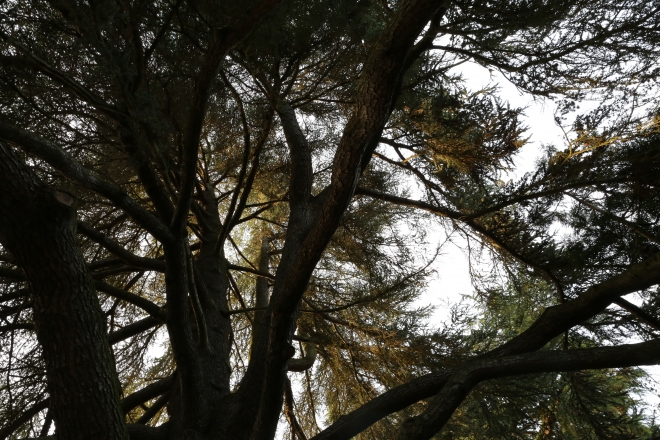 A few years ago I was waiting for someone to pick me up at the airport in Buenos Aires and decided to sit by the main entrance so that we could make contact easier. I found a spot that happened to be right next to a global fast food restaurant. She was delayed by traffic so I occupied myself by observing how much garbage all of the coming and going passengers produced over the short period of time I was there.

An employee came around emptying several garbage cans, each with its own large plastic bag filled to the brim with garbage, so regularly that my mind began to swim as it feebly attempted to calculate the actual amount of garbage being produced all over the world at that moment. First I thought of just that chain restaurant in airports all over the world. Then I thought about its multiple other locations in almost every city. Then I started factoring in all of the other fast food chains. Then I thought about how all of them combined represented only the tiniest fraction of the total amount of waste being produced.

Philosophical arguments against a consumer economy aside, arguments like the vacuousness and greed it reinforces or the fact that it turns people into commodities too who must try to fetch the best price for themselves on the labor market, we have a much more practical and pressing problem. The byproduct of a consumer economy is waste. A consumer economy only functions if people keep consuming, and this means constantly replacing the old with the new.

I believe one of the main causes for the apathy that most of us feel in the face of one of the greatest threats to our survival, and the survival of all other life forms, is that the problem is so big that it’s difficult to even conceptualize. You know a lot of waste is being produced but this knowledge is more theoretical than practical. It’s much more motivating to have a concrete image in your head of how much garbage is being produced in just one tiny corner of the world by actually watching it happen for a few hours, and then start working through multiplying this amount out as far as your brain will let you go until you realize that the real amount is infinitely more than the most you can imagine.

If you do feel shocked into action by this exercise, the question remains what you can do to combat a global problem. The answer is that as with any effort you make to change the world, the local is the global. The ‘world’ is made up of countless micro-communities just like yours where people live and interact every day. Cutting down as much as you can on the waste you and your family produce by recycling and composting, consuming less products that have waste as a byproduct in the first place, only purchasing products from brands committed to sustainability, and encouraging your friends and neighbors to do the same is a global solution. If everyone all over the world decided to do just these things we would see instantaneous change. Companies in industries across the board would be forced to alter their means of production to accommodate the demands of the consumer or go out of business.

We might not be able to get our deeply hardwired habits down to a level of sustainability right away, but there is a huge difference between hemorrhaging and bleeding, and right now planet earth is hemorrhaging. You will take a lot of pride out of implementing a plan that pits you against the forces destroying the planet you love that has given you everything, forces deteriorating the very conditions necessary for the happiness and survival of you, your children, your grandchildren, and all the future generations of humanity.