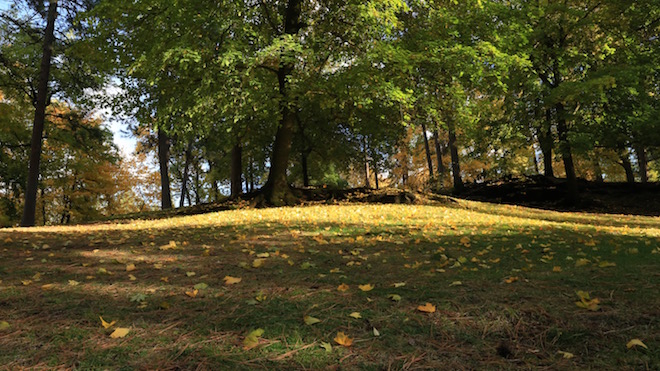 Many people snicker to themselves when they hear or read passages from the Old Testament describing sexual relations. “Abraham knew Sarah.” Call it whatever you want, I know what’s really going on here! Actually the word is quite appropriate from an existential point of view and helps us relate to the whole concept of knowledge in a different way.

We humans have been dealt a difficult hand. At the moment the umbilical cord is cut each of us is a separate entity, and as we grow into intelligent, conscious beings we must deal with the sense of isolation that is the necessary outcome. To be separate from nature but still subject to its rules, to be separate from other humans but still part of humanity, is the paradox of modern life. We try to solve these painful feelings of being ultimately alone in many ways.

As an adult the act of sexual intercourse is the closest you can come to erasing this separateness from other conscious beings by physically fusing with another human. In the act two people become one in a concrete way. This is probably one of the deeper reasons why a healthy sex life combats anxiety. You get to feel a real sense of connectedness and this makes the anxiety that stems from nothingness and isolation seem more bearable.

What does this discussion have to do with knowledge? Everything actually. In order to truly know anyone we have to be symbolically inside of them. If not we can certainly talk about him or her and describe particular qualities, but we will only have knowledge from the outside and miss the essential essence. This is difficult for us as Westerners to grasp because our scientific minds lead us to believe that by gathering a sufficient amount of data the full mystery will be revealed. Philosophies of the East understand that this approach will always allow reality to slip through the net, however fine the meshing might be.

Erich Fromm discusses the ideal relationship between psychoanalyst and patient and sheds some light on how true knowledge of another is possible. “…I, as analyst, can experience in myself what the patient speaks about, the irrational and repressed things that are going on in the patient. The analyst must at least qualitatively, even if it is hoped not in the same quantity, be able to experience the same thing. If he cannot, he does not understand the patient. If I don’t know as analyst what it means to be depressed, then I will never understand a depressed patient, but only talk past him, rather than to him, because I do not know what he is talking about.” (Erich Fromm, Beyond Freud, Pos 2135 Kindle Version)

We understand in a humanistic sense that there is nothing in you that could not also be in me because we both share in our humanity. Neuroscience is helping to legitimize what people have intrinsically known since the days of the Old Testament, which is that true knowledge of another person means symbolically being inside that person. Humans have mirror neurons. A mirror neuron fires when an organism performs an act, and that mirror neuron also fires when it sees the same action performed by another organism.

This attitude towards what knowledge really is raises empathy because judgment of another is replaced by the revelation that in different circumstances you could be in the same position. Obsession with cultural differences falls by the wayside because you focus on the core that we all have in common instead of superficial differences. This sort of relatedness lets us transcend the existential isolation to which we are all subjected as separate beings and lets us connect with others in a meaningful way, truly knowing them as they are.