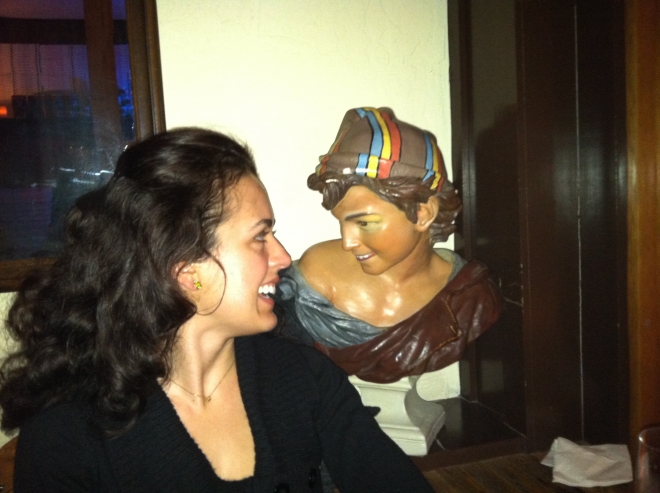 Most of us don’t need to see the results of a double-blind psychological experiment to know that music influences mood and can elicit powerful emotions. We have all  experienced this viscerally. We call this type of subjective knowledge phenomenological, and from an existential point of view it is still the most important factor in determining truth, although many in the scientific community would call the approach unscientific. The irony is that a researcher must be moved by his or her own subjective experience in order to be curious about a phenomenon, must subjectively decide upon the supposedly objective tools for measurement, and these tools must measure the subjective viewpoints of the people under observation.

In the human experience there is always a subjective aspect because families, cultures, nations, and the whole of humanity could not exist without the individuals that make up these groups. Of course, individuals are also influenced and changed by these larger structures. The interplay is exceedingly difficult to tease out. This dialectic helps explain why people have such varied musical tastes. On the one hand it seems obvious that some music is calming and tranquil, some harsh and grating, some epic. Some seems to elicit nostalgia, or regret, or hope, or anger.

But the individual has a set of life experiences and exists within a cultural context that informs his or her relationship to a particular piece of music or genre. In general we find that each generation holds its allegiance to its own types of music, often looking down upon the new generation’s as alien and somehow deficient. “You kids and your newfangled music!” Usually with an open mind and an open heart we discover that at its core all great music shares the same important underlying traits. It lets us form an experiential, emotional connection and inhabit the moment fully while we are listening. Instead of having to express our thoughts we feel aware and present. Words are not necessary and in fact would take away from the visceral experience.

In our schizoid culture, where rationality is king and emotion relegated to second class citizen, having an outlet to exist fully in the moment is exceedingly important. Osho says “This is the art of meditation: How to be deeply in the act, how to abandon thought, and how to make the energy that you were using for thinking move to awareness” (Osho, The Orange Book). I think this is the true power of music. It is a meditation that helps you let go of the past and future, existing in the present and feeling your emotions deeply instead of describing them from a distance.

We have talked about how depression, rather than being extreme sadness as most people assume, is actually the absence of emotion. It’s the inability to feel anything and the lack of connection with people and life. This sense of isolation is unbearable. Depression is the great scourge of our time. Ten percent of the U.S. population reports it annually, and we can only imagine how many more people do not report it. Our culture fosters the alienation that eventually leads to depression. We experience ourselves as commodities and try to sell ourselves as a set of skills to potential employers. We view ourselves as a conglomeration of personality traits and possessions.  We feel like cogs, and that’s because most of us are cogs in a gigantic economic machine. We know that we could be replaced without much fuss at any time, and that the machine would roll on without us.

Music can be a powerful ally to help you reconnect with yourself, inhabit the moment, and experience the wide range of emotions the way you were meant to experience them as a human being. A subjective bias I noted in almost all the studies I researched on the connection between mood and music was that the goal should be to increase levels of happiness. But this corrupts the study from the beginning and shows how subjective bias influences supposedly objective studies. Actually happiness is a transitory emotional state that results from connection to life and people, just like every other emotional state.

Letting yourself feel anger, sadness, hostility, embarrassment, guilt, and regret is just as important as letting yourself feel excitement, happiness, satisfaction, or pride. Problems arise when we try to avoid emotions we perceive as dangerous, or when we stop feeling any of them at all. What matters is experiencing your emotions authentically as they occur. One of the great myths perpetrated by our culture is that the pursuit of happiness should be the overriding goal of life. Actually it’s more appropriate from a psychological point of view to say that the pursuit of letting yourself inhabit the moment fully should be the overriding goal of life. The emotional state of happiness usually results from this attitude.

As a music lover I could never fully describe the depth of what I have felt while listening to it, and I don’t have to because my subjective experience does not need words or formulas and neither does yours.