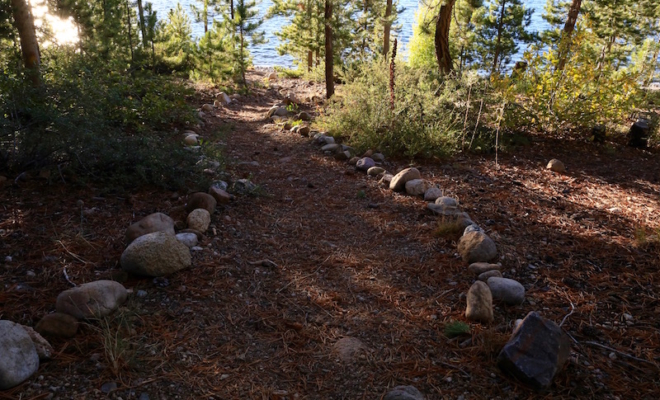 Every epic journey starts with that first step out the door. Many never begin though, putting their projects, dreams, and goals on hold forever. They come up with an air tight rationalization to stay put. They start by thinking about how daunting the end game is. The hoped for culmination of their plans seems too big, too nebulous, too far away. They have too many responsibilities and they just can’t spare the time. It’s not the right moment for such a huge undertaking.

Fair enough. But then they take care of the other extreme too, telling themselves that a small step is too insignificant to even matter. The small seems too small, and the big seems too big. A perfectly plausible excuse is born.

You can break through this paralyzing rationalization by realizing that plans change as the journey unfolds. Even people who are quite sure of their destinations end up taking many detours along the way. Just think of the millions of people every year who change their majors, completely altering the course of their lives and careers, even though many of them were quite sure of what they wanted to do heading in.

You don’t have to worry too much about the end game, because it’s probably going to change form along the way. All you really need to do is realize that a journey of any kind is impossible without taking that first small step. There is no such thing as insignificant movement, and once you get started you will be like a snowball rolling down a hill, building upon yourself and becoming more sure of the correct path to reach your desired destination.

Think about what you’ve always wanted to do, a dream you’ve always had, like learning a new language, pursuing a different career, or picking up a musical instrument. Then think of a small step that you can take today to move towards this goal. Don’t worry about how insignificant it seems. In fact, better to purposefully make the step small, making it achievable and putting yourself in position to take the second step. Don’t give yourself the out that so many give themselves, never beginning because that first step seems too insignificant to matter.