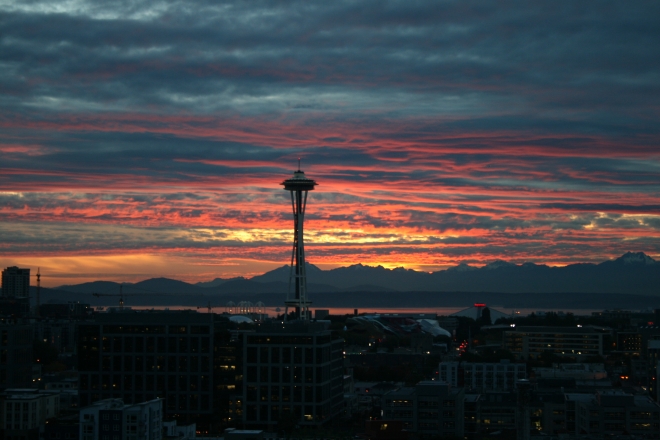 Ana is an accomplished yoga practitioner and an excellent instructor. When people who have never practiced hear this they are usually curious to know more, and during the conversation they inevitably say the same thing. I have heard it probably a hundred times. “I would love to try yoga, but I’m not flexible.” Ana always answers the same way. I can hear the inflection in her voice right now as I write this. She smiles, and pleasantly replies “You get flexible by practicing yoga.” She has said this so many times that it is basically an automated response.

The example helps us think about a major stumbling block that we face in the struggle towards growth and self-actualization. We like to think of ourselves as static and unchanging. We can list off the characteristics and traits that describe us. We think of ourselves as unitary beings. When people hear Ana’s response they stop for a moment. You can see them considering what she is saying, that far off look in their eyes. Then they shake their heads, coming back to the conversation having discarded the insight, moving forward with their own viewpoint still intact, a viewpoint whose validity will probably never be tested. “I know my body, and I know I’m not flexible. End of story.”

The existential reason to see ourselves as fixed entities instead of beings who are capable of change is that the threat of nothingness looms over everything we do. The ultimate nothingness is death. None of us really have any idea what awaits us on the other side, although many like to think they do, but we know for sure from seeing people around us die that once they are gone they don’t come back. They cease to exist in our reality. It’s terrifying to think about the oblivion of our own beings. Having a firm idea in our heads of who and what we are helps combat this constant threat of nothingness and the existential anxiety that always comes with it. A tangible something, a firm conception of who we are, is proof that we are not nothing.

But the truth is that we are not just beings who exist, we are also beings who are becoming. We have the choice to grow and change, to take our lives in infinite directions, to walk our own unique path of self-actualization, developing our talents, abilities, and personalities, becoming the people we want to be. But there is a central paradox to our existential freedom. The freedom to become brings with it the freedom to stagnate. You have the freedom to not self-actualize, to let your body get old and die without making any choices about who you really want to be.

If we were like most other organisms in nature, still guided almost entirely by instinct, none of this would be an issue. We wouldn’t have any existential freedom but we also wouldn’t have any doubt. We would just do what we were supposed to do. Existential freedom is a gift or a curse depending on how you decide to deal with it, because our paths are not neatly laid out before us. We have to choose them ourselves, even though we can’t control all of the roadblocks along the way.

All of this might sound theoretical but neuroscience is showing the concrete reality too. Until recently the popular, scientific view of the brain was as an unchanging entity with various parts devoted to specific tasks. Surprise surprise, does this view sound familiar? Neuroscience has blown it completely out of the water, proving that our brains can and do change themselves. The technical term is neuroplasticity. We have the ability to grow or stagnate and our brains represent this process either with the deterioration of existing neural pathways, the strengthening of those pathways, or the creation of entirely new pathways. By staying curious and interested in life, by making the choice for growth and seeking out new experiences, your brain creates new neural pathways to face these new challenges, in effect making you the person you have decided to become. There are still natural laws that guide human thought and behavior, but we have a lot of flexibility and freedom within these laws.

Brain plasticity, just like human growth, can go the other way. You can become more routinized, less spontaneous, and more predictable by choosing stagnation. The same neural pathways that were hardwired and have strengthened since you were very young will fire regardless of the stimulus, and the manifestation is a person set in their ways and not very adaptable. The choice is yours. You get flexible by practicing yoga.