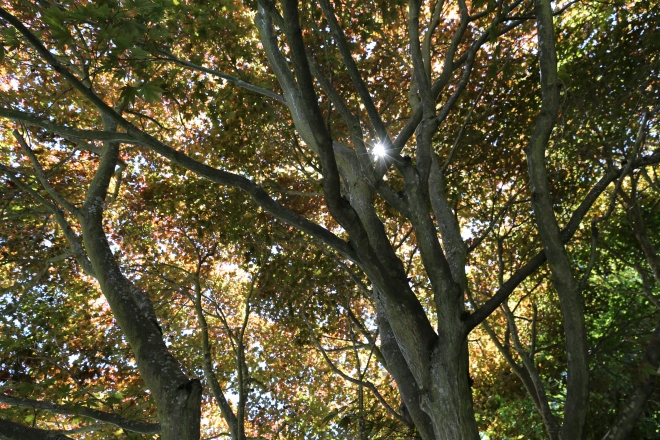 Gestalt psychology is useful for conceptualizing obsessions of all kinds. In Gestalt, we differentiate between the foreground, or your current object of focus, and the background, which is everything else. As you are reading these lines, the words are in the foreground and make up your current gestalt. But there is a lot else going on in your environment right now, and you can quickly shift attention, using other senses in order to make a new gestalt appear in your foreground as these words disappear into the background, like the sound of traffic or the smell of food wafting from the kitchen.

Really trying to separate anything from the environment where you consider it a discrete object is a convention, not reality. It’s just a useful way for you to be able to make sense of the world, since trying to conceptualize everything at once would be overwhelming chaos. In Buddhist thought we just call this interconnectedness, where we recognize that all things inter-are. For example flowers could not exist without the clouds, the rain, the sun, the soil, and many other non-flower elements.

What does this have to do with obsessions? Simply that, from the Gestalt point of view, an obsession means keeping one object of focus in your foreground all the time, refusing to allow yourself to become aware, through the use of your five senses, of all the other possible gestalts out there that are waiting in the wings to become your new foreground and would make your obsession fade into the background.

If you’ve ever been obsessed with a person or a project or an upcoming event or anything else you know what this is like. All your thoughts and emotions are concentrated on this one thing, to the exclusion of pretty much everything else. So one way to get some relief from obsession is by coming to the moment, allowing sensations to rise up instead of nipping them in the bud, following them where they may lead. If you focus all your awareness on this new sensation, logically you can’t be focused on your obsession.

There is a fine line between being focused on something and being obsessed with it and really this line can be seen through Gestalt as meaning ignoring all the other sensations bubbling up throughout your day that, if given their proper attention, would allow for a fuller, richer experience.