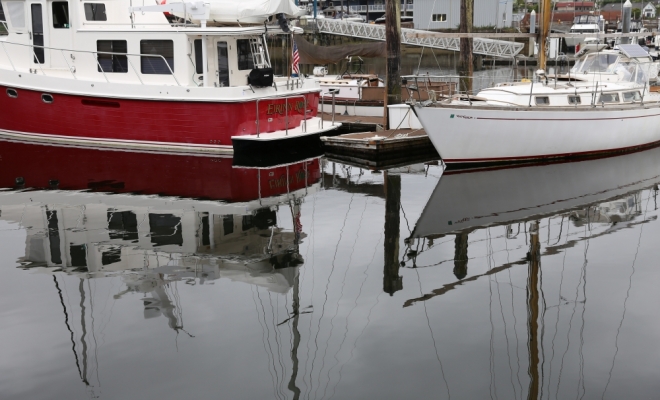 I have been writing articles on existential, gestalt, and psychodynamic themes of late so I decided to change tact today and write a post on behavioral psychology.  I use behavioral interventions with clients all the time because they garner results quickly when done effectively.  To understand how behavioral psychology works you need a clear understanding of positive and negative reinforcements.

We can only use positive and negative reinforcements to shape behavior that already exists.  This is a truth that escapes many people, including professionals.  What I mean is that reinforcements, by their very nature, hinge upon reinforcing something.  If there is no existing behavior then there is nothing  to reinforce.  I wish that more parents understood this fact.  They would be infinitely more effective at child rearing.  As a knowledgeable behavioral psychologist I am capable of taking a wide array of behaviors and turning them into something that seems completely different.  However, the process would be long, arduous, and pointless.  It would also be extremely frustrating for the organism with which I am working.  Part of the skill is finding a behavior to reinforce that is as close as possible to the desired behavior of the organism to save time and energy.

The reason I use the term “organism” above, incidentally, is that behaviorists believe all organisms, whether spiders, rats, horses, or humans, can be conditioned using behavioral techniques.  As an existentialist I am opposed to such a viewpoint because it cheapens the experience of being human.  I believe we are infinitely more complicated than other animals, and have factors in our personalities that make true conditioning in a behavioral sense impossible.  However, that is a discussion for another article.  Since I am writing about behavioral psychology I will endeavor to use terms found within its theoretical constructs.

This might seem confusing to you; it is to just about everyone at first.  I will give some real world examples that will hopefully make the ideas come to life for you.  What is important to remember is that we can only shape behavior that is already there, there is nothing inherently good or bad about positive and negative reinforcements, and both positive and negative reinforcement increase the frequency of a behavior.  Negative reinforcement does not decrease the frequency of a behavior.  This is probably the hardest concept for laypeople and novitiates to understand.  Most people think in terms of punishments and rewards, and in making behaviors go away.  However they often simply believe they made a behavior go away when in actuality they were unwittingly reinforcing some other behavior.

Negative reinforcement is different than punishment.  It is different because negative reinforcement, just like positive reinforcement, occurs at or around the moment of the behavior being shaped.  It is also different because as I said above it is not meant to make a behavior go away, but to increase one behavior by avoiding another behavior.  Punishment always occurs after the fact.  Behaviorists do not believe that punishment is effective precisely because it occurs after the fact.  An organism only knows to modify its behavior when the reinforcement comes at the time of the behavior being shaped.  This is one of the reasons why many psychologists believe the penitentiary system is ineffective.  The punishment of incarceration comes so long after the committed felony that the individual does not connect the two and therefore will not modify his behavior.

Now I will give an example of positive and negative reinforcements in action.  Let’s imagine a person, Tim, who walks to work every day.  Tim likes peace and calm, and hates loud noises.  He has two viable options for his route to work.  One is to walk next to a noisy freeway.   The other is to walk a few blocks out of his way in order to pass through a tranquil garden while missing the noise of the freeway completely.  He can also take numerous other routes that take about the same time as walking next to the freeway but are relatively boring and lacking in beauty.  Now, the behavior most likely to be modified  in this example will be Tim’s route to work.  This is a behavior that already exists and basically consists of the act of walking.  For Tim, the stimulus of loud noise caused by traffic on the freeway will almost certainly act as a negative reinforcement.  This is a stimulus that Tim wants to avoid because for him, peace and tranquility are important and only attainable in the absence of noise.  As a result, Tim modifies his route to work and does not walk next to the freeway.  In behavioral terms, he has chosen more of the behavior of walking anywhere except next to the freeway.  So you see that as I said before, negative reinforcement means more of some behavior,  just like positive reinforcement.  The difference is that the way we achieve this new behavior is by providing a stimulus the organism wants to avoid instead of a stimulus the organism wants more of.

So now we have one route out of the picture.  He still has to decide if he wants to walk out of his way to go through the garden or take one of several boring routes that do not include loud noises but offer little interest.  A variety of internal and external factors will influence his decision, such as the amount of time lost by going through the garden, whether his boss is likely to berate him if he shows up late, his physical conditioning, how beautiful Tim perceives the garden to be, and so on.  This is the true art of behavioral psychology and the reason that expertise in psychodynamic, existential, and gestalt orientations is essential to be a complete therapist.  There are countless conscious and unconscious factors that have to be considered when setting up an effective behavioral schedule.  Every individual is unique and motivated by a constellation of different factors.  For the simplicity of this exercise, let’s assume that the garden is beautiful, gives Tim a deep sense of calm and tranquility, and makes him feel fulfilled and less stressed.  He loves walking through the garden.   Tim will engage in the behavior of taking the garden route more often because he wants more of the stimuli directly associated with that route.  Therefore the stimuli in the garden are positive reinforcements and we can assume that Tim will be likely to choose this route on his way to work.

The other routes do not really move Tim one way or the other.  In behavioral psychology we call this extinction.  The fastest way to make a behavior go away is by ignoring it.  Neither positive or negative reinforcement are employed.  Remember this concept when you are training your dog, raising your children, or just about any time where you wish a behavior someone else engages in would go away.  Often parents believe that they are making a behavior extinct when in actuality they are reinforcing another behavior of which they are not even aware.  When we consider how complicated humans are, it is truly astonishing to think about how many undesirable behaviors are positively reinforced without the slightest knowledge.

Now let’s consider the exact same routes to work cited above except this time with a new subject, Karl.  Karl was born and grew up in a noisy neighborhood in New York and loves the hustle and bustle of city life.  He is also an avid car enthusiast and enjoys spotting classic models.  Karl was raised in a masculine though caring family environment where displaying emotions perceived as feminine was discouraged.  Karl is obese but due to monetary issues cannot afford a car and has to walk to work in spite of the effort involved.

In Karl’s case, walking next to the freeway will be a positive reinforcement.  He feels comforted by loud noises because they remind him of home.  He loves watching the cars go by and always gets a thrill out of seeing a vintage model on his way to work.  These stimulants will motivate Karl to engage in more of the behavior of taking the freeway route, and therefore are positive reinforcements.  Since Karl is overweight, does not want to walk the extra blocks, and associates gardens with femininity, he will engage in more of the behavior of taking any route except the garden.

I hope this brief survey regarding some of the considerations involved with positive and negative reinforcements has been helpful.  The world of behavioral psychology is huge and I will write in more detail about various other components in future articles.