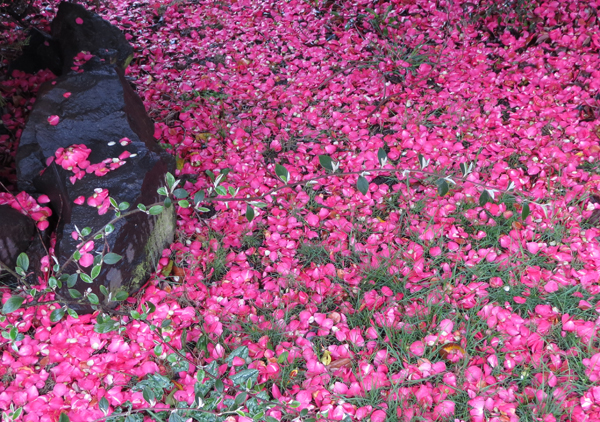 The Gestalt resistance between the stages of mobilization and action in the needs satisfaction cycle is retroflection. This occurs when a person turns his stored up, mobilized energy back upon himself instead of out into the environment. Like all of the resistances, retroflection often serves an important protective function for a person and is even necessary for survival. Let’s say you’ve been waiting five minutes to cross a busy street and the walk signal finally turns on. As you start walking you see a car streaking across the intersection out of the corner of your eye. You will quickly put a halt to the action of walking and turn that energy back upon yourself as you abruptly stop to avoid getting hit.

Sometimes unhealthy power relationships exist where the weaker party knows that an aggressive action would be met with more violence or other psychologically dangerous consequences. So instead of summoning up the energy to physically leave the relationship, fight back, or get help, a person engages in self-destructive acts. These might include self-harm like cutting or hitting one’s head against a wall over and over. Retroflection might manifest itself in less obvious ways like getting sick all the time, constantly hurting oneself in accidents, or doing poorly in school or at work.

Think about a time when you were really mad to the point of almost losing control. You may have hit your hands hard against your steering wheel when a car cut you off, or kicked some object, or punched a pillow or wall. All of these actions end up turning against your own body because it’s a way to deflect the negative outcome that would ensue from directing this action towards the person it is actually meant for.

Retroflection is not only constrained to violent actions obviously, but to all actions that involve connection with others in your environment. One of the reasons we avoid action is because of the threat of nothingness. Once you have reached the stage of action there is no going back. The arrow has left the bow, and for better or worse that action will have consequences. Many people feel psychologically safer to stay in the phase of mobilization because they do not have to risk the possibility of things not turning out the way they hope. They speak about the projects they will undertake, the trips and vacations they will go on, the new job they want, or their desire to change careers or go back to school. But none of these goals ever come to fruition. They might be highly mobilized but are unconsciously blocked from the necessary phase of action because of the existential anxiety that accompanies nothingness.

Many psychologists from varying schools of thought have conceptualized depression as aggression turned inwards, and in the context of retroflection this definition makes a lot of sense. When you think about it depression is a state of having given up. It is a lack of hope both for the present and the future. Think about the accumulation of plans, dreams, and hopes that never find fruition. The body and psyche take the brunt of this energy instead of using it for the desired outlets. At some point a person is going to say enough is enough, and a state of depression sets in.

The person who spends most of his life stuck at this resistance is usually highly concerned with self-control. He has never learned how to let go or cut loose. He might fear his own emotions and exaggerate in his mind what the consequences will be of feeling something deeply like love, rage, or intense sadness. Many psychologists who work with depression have postulated that the state of depression is not sadness, but actually the absence of any feeling. It’s a gray abyss. The combination of reining in all emotions for an extended period of time and turning all of one’s energy inward until the body is beaten down is a powder keg for leading to a depressed state.

Most of us find enough ways to discharge our accumulated energy in projects, relationships, and life to avoid the state of depression most of the time but we can all benefit from confronting the areas in our lives where we are choosing not to act even though we want to and figure out why. Many avenues for growth and a more fulfilling life open up when we can summon the courage to let go, feel our emotions freely, and take a risk by interacting with our environment and the people in it.