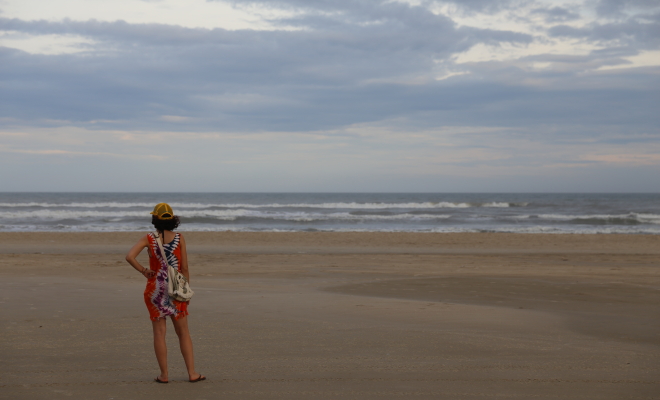 “Courage is not the absence of despair. It is, rather, the capacity to move ahead in spite of despair.”
-Rollo May

When I think of courage I can’t help but be influenced by the not so subtle messages that movies have been instilling in me since I was young. The image in my head is of a fearless action hero, guns blazing and eyes flashing, going up against seemingly impossible odds without a second thought, heroically saving the day and coming out unscathed.

Courage in an existential sense is much different from this picture though. Many people who consider themselves to be cowards are actually quite courageous because they feel more fear than the general population yet move forward in spite of it, while those commonly considered courageous might lack understanding of the true risks involved or have various underdeveloped areas of the brain thought to mediate inhibition.

What Rollo May taps into in his quote is the confounding dialectic that is central to so much of human life. Without a counterpoint to compare we would have no knowledge of what we are talking about. Without night we would have no concept of day, without hatred, contempt, and apathy we would have no concept of love, and without despair there could be no viable concept of courage. The human states we consider positive like love or courage do not exist in a vacuum but represent a conscious choice made despite the obstacles and wide range of possibilities.

The people who usually consider themselves most cowardly in our Western world are the ones who feel inhibited by social anxiety. They have a hard time making new connections, taking a stand for what they really want, or approaching people from the opposite sex. I think it can be useful if you fall into this category to focus on your successes rather than dwelling on your failures, realizing that any time you have reached beyond yourself you have shown true courage because you were saddled by feelings and thoughts that held you back yet you went forward anyway. If you spend your time comparing yourself to people who feel no inhibition in social settings and actually gain psychic energy by interacting with others you will always feel weak and cowardly. But your existential realities are completely different.

There is a scene I really like in the movie ‘The Perks of Being a Wallflower’ where Charlie, the shy and socially inhibited main character, is at a high school dance standing by himself against the wall watching the people he really wants to dance with have a great time. You can see the pain and doubt on his face as he summons up the strength to walk towards them. He’s greeted with acceptance and shouts of hello, and although they have no idea how difficult it was for him to step out of his comfort zone, he does know and this single act changes the course of his life and his destiny. For him it was an act of courage, although for a different person joining people to dance would be no big deal and not worth remark. All of us have areas in our lives where we feel despair though, and real courage is moving forward in spite of it.