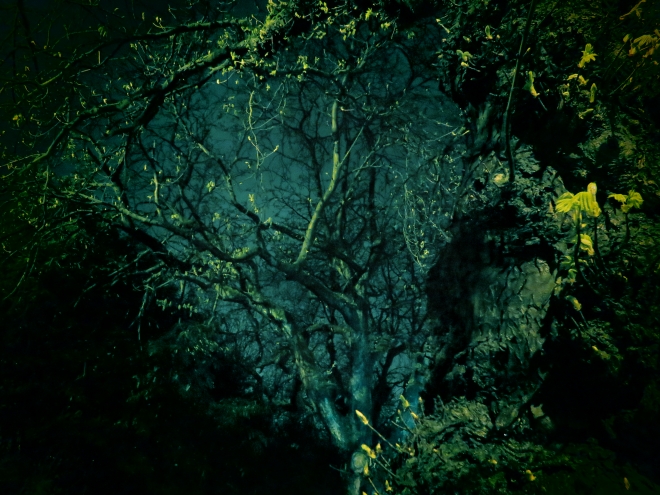 Everyone has heard the expression ‘The only thing we have to fear is fear itself’. It’s a pretty neat brain trick that lies in the cognitive behavioral realm. You realize that in your mind you can detach the source of your fear from the feelings being generated by it. If you can master these feelings then the source no longer has any power over you.

Here is a schematic that shows the cognitive behavioral construct:

Cognitive behavioral therapists are mainly concerned with the intermediate stage of beliefs. The beliefs that you have about an activating event are what determine the consequences, not the activating event itself. This sort of framework works particularly well when the fear in question is unreasonable or exaggerated, like with phobias.

While the concept of detaching your feelings of fear from the source of your fear and viewing these entities separately might sound quite Zen, it is really not and misses entirely what mindfulness is all about. Sometimes fear is reasonable. Our real problem in the West is the unspoken belief that we should only experience the pleasant emotions, that all unpleasant emotions should be avoided at all costs or at least minimized as much as possible. But if fear had no evolutionary value it probably would have died out long ago and we couldn’t be talking about it right now except maybe in a theoretical sense. Fear deserves its place in the human emotional spectrum.

A better saying than ‘The only thing we have to fear is fear itself’ from a mindfulness point of view is ‘The only thing we have to fear is being afraid to confront our fear honestly’. In other words, the path of Zen is to fully inhabit the paradoxical idea that you’ve got to not be afraid to be afraid. When you inhabit your fear instead of running from it, you have a better chance to see the source at its roots and decide whether your feelings are warranted. Some fear is warranted, and when you run from it or minimize it you allow its source to continue to infect your life and relationship.