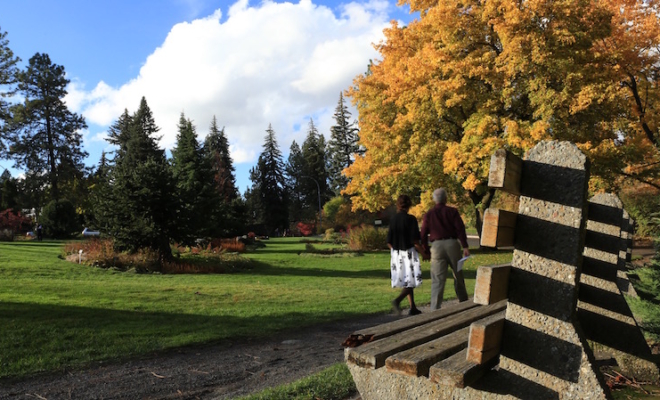 Loving Acceptance From The Existential Point Of View

A question we’ve been hearing a lot in the wake of an election where incompatible life ethics, humanism on one side and authoritarianism on the other, have come to the fore is “How do I practice loving acceptance towards people who actively promote hatred, intolerance, bigotry, racism, sexism, and xenophobia?”

The philosophical block for the common person with a loving, productive orientation towards the world is the paradox that acceptance, not discrimination, is their default state of being but at the same time accepting people with dysfunctional, unhealthy thoughts, feelings, and behaviors seems to be the same as sanctioning these dysfunctional, unhealthy thoughts, feelings, and behaviors.

In the existential therapeutic situation the goal is not to try to force people to adjust to a new life ethic but rather to help them clear out the various blockages that have been keeping them from becoming who they really are, from finding and accessing their growth potential, from deciding upon their own life ethics through their use of reason and critical thinking rather than continuing to rely on an unconscious life ethic that was spoon fed to them from a very early age by various authority figures before they had any capacity whatsoever for critical thinking.

Where loving acceptance comes into all of this is that only when we accept people for who and what they are right now, while certain of their potential to grow and overcome their dysfunction, can we help create the proper conditions for change. Carl Rogers said it best when he wrote, “When I accept myself as I am, then I can change.”

We can say no to hatred, intolerance, bigotry, racism, sexism, and xenophobia and yes to the people who hold these views when we realize that they’re the result of wrong thinking. The best chance to correct wrong thinking is not to be hateful and discriminatory, which only strengthens the contrary position of those we hate and are discriminatory towards. We can practice loving acceptance by focusing on the growth potential inherent in these people, growth potential currently being stifled by dysfunction. Don’t think for a second that those who practice hatred, intolerance, bigotry, racism, sexism, and xenophobia are happy in their lives. They’re not, they’re scared and miserable, they feel isolated and misunderstood, for them fear, not love, is the central motivating force in their lives.

The greatest danger that those of us face whose own process of growth has led to a humanistic worldview is that we might fall backwards into the same trap as those whose ethic is currently authoritarian. We might start to view those with dysfunctional, destructive patterns of thinking, feeling, and behaving as less than, as Other, as the enemy, as inhuman, rather than as brothers and sisters who have lost their way and desperately need our help. These people, after all, currently view everyone outside of their own identified group as less than, as Other, as the enemy, as inhuman. There is light and darkness within every single one of us. We can transform our own frustration, our rising sense of anger or even hatred, into compassion with the insight that most of the people perpetrating injustice are not naturally evil but rather unwitting vessels for the perpetration of evil due to wrong thinking. If they knew what we knew they wouldn’t be hateful, intolerant, racist, sexist, xenophobic, or bigots. This is not their natural state of being but rather their learned state of being, their coping mechanism for having developed under unhealthy environmental conditions that weren’t conducive to their growth and self-actualization as people.

When we believe that the capacity for change exists within all of us we can accept people as they are, and like we said this loving acceptance doesn’t condone dysfunction but rather disowns it since the authentic people underneath need their various psychological blockages cleared out before they can manifest themselves. People transcend their dysfunction through greater insight but they’re only amenable to this insight when they sense love and acceptance behind it.