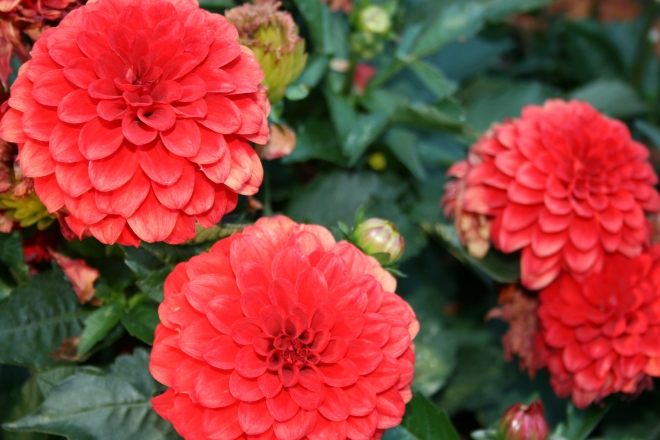 When a person tries to make sense of the wreckage of a ruined relationship, the word counselors hear all the time is ‘failure’. There is usually more than enough blame to go around. Depending on the constitution of the person in question, blame will either focus on what he or she could have done differently, what the partner did to sink the ship, or both.

Regardless, some of the goals of traditional counseling are usually to isolate mistakes that were made, to accept responsibility for the problems a person created or helped create, to raise awareness about how personality traits and family experiences contributed to conflict, and to integrate all of this heightened awareness in order to make the next relationship healthy.

This approach works up to a point, but from a narrative point of view the full story is not being told and a person is robbed of the opportunity to develop valuable skills and character traits. This is because the cultural institution of marriage, societal norms about what it means to fail, and religious biases are not questioned. In other words, to become ‘healthy’, a person is forced to accept that he or she did not live up to the societal contract of marriage or to the accepted expectations of how a good partner behaves. Deficits are corrected in order to be like everyone else. But focusing on mistakes wastes valuable time and energy on all the things a person did wrong instead of finding examples of things he or she did right.

For the purposes of this article let’s imagine a Caucasian female client in her early thirties who has recently gotten divorced. She blames herself for not having had the ability or tenacity to make things work. She is not really religious but does place great stock in the institution of marriage and that the contract is for life. She believes she is a failure, and can now cite many examples of mistakes she made that led to the relationship’s demise. This is a pretty common clinical picture.

Using narrative techniques, we will want to spend a good deal of time discussing the word ‘failure’ and how it operates in her life. Is she someone who is used to failure, or does she avoid it like the plague? What skills has she brought to bear in the past to beat failure? How was she able to overcome it and move forward when it was impossible to avoid? Before getting divorced, did she generally consider herself to be a success, a failure, or somewhere in between? How do her friends and colleagues view her? Her Parents? Her siblings?

We are looking for instances that give her incontrovertible evidence that she has shown the ability to beat, live with, or move past failure in her life. Many people accuse narrative therapy of creating a biased, fake reality where only positive attributes are explored and discussed. Actually narrative therapy seeks to uncover exceptions in order to present a less biased picture of the world, where the full range of a personality is explored and accounted for. Most people already have more than enough contact with their failures, shortcomings, and undesirable personality traits. They have been labeled in a way they are not really happy about, but believe this label to be true and do not know how to break out of the dominant story. Most of the time the dominant story is in place to help others in a person’s life feel better about themselves.

Stories are powerful, as anyone with a bad reputation will attest. And if having a good reputation were undesirable, these people would likely attest to the fact as well. There is a concept called confirmation bias, where an event proves a perception to be true no matter how small the sample size. Let’s say I believe that cats are filthy animals. Then I am driving through the country and see a cat jump into mud. My belief is confirmed, and even though my sample size is tiny (it is the first cat I have ever seen in person), it is enough to make me believe incontrovertibly that cats are dirty. Even if I am presented with evidence from friends or teachers that cats are actually quite clean animals, I will be hard-pressed to change my viewpoint.

Uncovering the full story and making exceptions stand out for a time is not a parlor trick, or a way to avoid reality and help a person create an inaccurate view of his or her life. These exceptions actually occurred. We only work with historically verifiable evidence. No matter how infrequent or seemingly unimportant an event may seem, a client will have to concede that it did happen and at least proves he or she is capable of acting that way again. The power of narrative therapy is that it does not matter how small or insignificant a story may seem. It still occurred and directly contradicts the dominant narrative.

Let’s go back to the example of failure. Right now our client believes she is a failure in a global sense. It is not that she failed in one aspect of her marriage, but that she is a failure in general. After a few conversations about failure she will probably realize the error in her thinking. Numerous instances exist in her life where she has beaten failure. She has also shown tenacity and the ability to bounce back many times when there was no way to avoid it.

Ask yourself how you would rather spend your time during a therapy hour: Agonizing over all of your mistakes and character flaws in order to hopefully eradicate them, or exploring all of your strengths, abilities, and positive attributes in order to develop them. Like I said before, the strength of narrative therapy is that it does not create anything out of thin air. The traits we discover are unique to a person and are based on actual experiences.

I think of narrative therapy as similar to a person who one day decides he is going to start lifting weights. His muscles are not very defined. However, with perseverance and the right exercises, he discovers that those muscles were there all along and were waiting to be developed. Since they are the focus of his attention, he spends time creating the most ideal workout plan for his body, and before long his muscles have become bigger and clearly defined.

In the same way, we can grasp onto a personality trait or attribute, however small it may seem, and make it the focus of our attention for a while. We create the right social experiments together and have conversations about it to give it a chance to grow.

When you get over the cultural bias that marriage should last forever, that those who get divorced are failures, and that it probably means their marriage was a mess, there are countless avenues for exploration in a narrative framework. Depending on the situation, deciding it is time to get out might show great courage, wisdom, and intelligence. It might not be a sign of failure at all but a sign of maturity. And we can identify and build upon all the successful aspects of the marriage even though it ended in failure. Imagine a basketball game where the team loses. Does this mean that the players on that team did not put up any points, or did not put together any good plays? Of course not. It just means that the end result was a loss. It makes more sense to build upon what went right than to spend all your time harping on what went wrong.