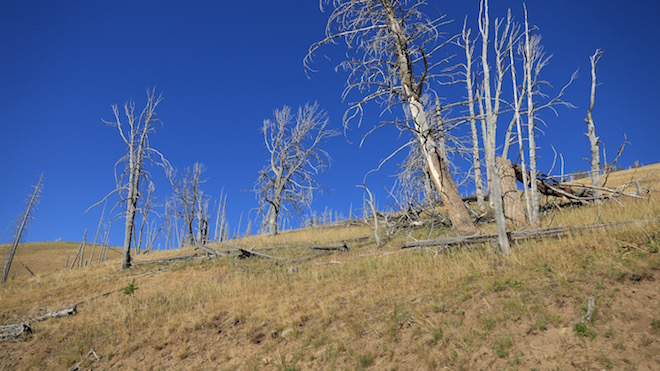 Anorexia Is An Abusive Partner

What makes narrative therapy unique is that the major issue or problem is contextualized as an object independent of the person experiencing it. By investigating it together from every angle we understand it more clearly. This is quite different from labeling you with a diagnosis and in effect making you become that thing. Narrative therapy assumes that you are an expert in your own life. When you are given space to activate your in-depth, personal knowledge you will supply the most accurate information about the issue you are struggling against. We give a problem a name, a personality, and a history. We discover its passions, desires, fears, regrets, hopes, and dreams. We have conversations about its talents and defects. In short you get the chance to see a problem in its complete form and in the process divorce yourself from it. You use language to describe it that is familiar to you and free of psychological jargon. An issue is situated where it belongs, which is as a part of the cultural discourse and inseparable from the humans and institutions that make up your environment. What a departure from the relatively recent series of Diagnostics and Statistics Manuals, where people are forced to become whatever a cluster of symptoms detected by a professional after an hour of therapy says they are.

One of the interesting paradoxes about centering problems in space rather than in the body is that people feel freed to take responsibility over their lives once they see that they are not fully responsible for the things holding them back. Narrative therapists often talk about being anti-individualistic and anti-humanistic in their thinking, meaning they believe there is no such thing as ‘The Self’. There is apparently no ‘Core You’ in there waiting to unfold its unique potential. Humanistic ethics holds the firm belief that we can all activate our unique skill sets, human qualities, and potential in order to unfold into the fullest possible versions of ourselves. It understands, just as narrative therapy does, that there are countless possible ‘Yous’. We must take an active stance in becoming who we really are or we will be shaped by external inputs and never become ourselves.

The irony of narrative thought is that it’s ostensibly relativistic, but in actuality has clear goals for humanity and for what people should be. The preferred narratives that are discovered in therapy always emphasize positive and life-affirming attributes, showing that narrative therapy is not relativistic at all but has a very clear stand on the difference between good and evil. The narrative therapeutic process of being encouraged to inhabit more fully these preferred stories mirrors self-actualization in a humanistic framework. Here too a person discovers, honors, and develops preferred human qualities. Actually if we can imagine for a second a culture where everyone already viewed issues and problems as separate from the individual, it would be revolutionary to help people see that they were more responsible for their problems than they believed possible. They would learn that they were already equipped with dormant human abilities that they could activate in order to respond to the situation and overcome it. There is a sense of power and purpose that comes from taking personal responsibility over your life and deciding that you can and will effect change over it. Responsibility is really Response-ability, or the ability to respond. This is why in a humanistic sense, we want to increase our responsibility, not diminish it. This is an important revelation for many people.

But the reality is that we do place too much responsibility on the individual for the creation and maintenance of problems. These problems are almost always shared by families, schools, churches, and other important structures in one’s environment. Whether we see a problem as situated within you or outside of you, the most important consideration is you, and this is the heart of humanistic thought. Change won’t happen until you activate to make it happen. Narrative and humanistic thinking are really not so far apart. Actually they are quite complementary in many ways and have identical goals for the positive growth and development of an individual and for societies defined by equality and social justice.

In Stephen Madigan’s ‘Narrative Therapy (Theories of Psychotherapy)’ a woman is described who met many times in sessions with one of the creators of narrative therapy, David Epston, to talk about her struggles against anorexia. She is an excellent example of the rich sources of knowledge and experience that can be tapped when you give a person the opportunity to describe a problem and believe that person has the most expert knowledge about it. She compared her anorexia to an abusive partner. We are going to develop this metaphor, which will surely make you view anorexia differently than you do now.

Early on in an abusive relationship a person is usually blinded by the positives and does not detect any of the myriad clues that trouble is brewing. For one thing, a romantic partner is on his or her best behavior and is in the process of wooing. There is usually not much conflict because people are enamored with one another. The point of all abuse is to instill self-doubt in order to maintain control. You can see that abuse is not necessary at this point in the relationship because a person is easily malleable and suggestible already. Both partners are putting their best foot forward. The need to control others really comes down to the need to lower personal anxiety from feeling out of control in one’s own life. At first an abuser feels a total sense of control over life and anxiety because he feels Godlike and all-powerful in the eyes of the person he is wooing.

Anorexia acts the same at the start of a relationship. A person usually receives compliments from the opposite sex about losing weight and feels good about herself. Counting calories and limiting food intake gives her a sense of control and efficacy. It effectively lowers anxiety. There aren’t a whole lot of negatives at this point. Anorexia seems like the perfect catch.

Unfortunately the relationship is a sham and anorexia’s true intentions and worldviews will always take over, just like an abuser’s do. He or she is not concerned with helping a person grow but instead making them shrink. An abuser is not interested in a flexible, open environment but instead wants to control thoughts and actions. You become isolated from your family and friends, both because of shame and because your partner purposefully sections you off from them in order to better maintain control. You are constantly told you are less and made to feel less. Doubt and uncertainty replace a feeling of confidence and efficacy. You doubt who you are as a person, and worse your abuser makes you doubt whether you deserve better than the abuse you are suffering. Rather than being in control of your life, you become an object of control for the needs of someone else. Yet you have been instilled by such a strong sense of self-doubt that you begin to believe that you could not make it without your partner or that you do not deserve any better.

Even though most people know it would be better for them to leave an abusive relationship, they have a difficult time activating. For one thing an abuser’s goal is to create complete dependence. This allows for easier control. Anorexia tricks people into giving up important relationships and interests. It also makes them doubt everything, even to the extreme that they see a different image in the mirror than everyone else. Anorexia tries to make you believe that its problems are of your making, and that it’s the only thing you can count on. What a dastardly partner.

People do leave abusive relationships, and a person struggling against anorexia can leave her abusive partner behind. Stop letting it trick you into believing it has your best intentions at heart, or that you would be worthless without it, or that you don’t deserve happy relationships, or that the real you is bad, or insignificant. Don’t be tricked into feeling ashamed about who you are as a person, or that you can’t feel comfortable just being you, or that secrecy is demanded, or that you would fail without it. These are all lies and anyone who tries to make you believe them wants to keep you down and create or maintain an irrational power structure. Anorexia is an abusive partner.

This metaphor lets you become much more aware of how anorexia, rather than representing you, is actually external to you and definitely does not have your best interests at heart. There are myriad factors for why a person becomes anorexic and most of them stem from the roles we play in relationships and what is expected of us by society, family, friends, and other important people in our lives. The responsibility is shared by a lot of different people and institutions but the solution starts and ends with you. You must decide to activate, say you’ve had enough, and leave anorexia behind.