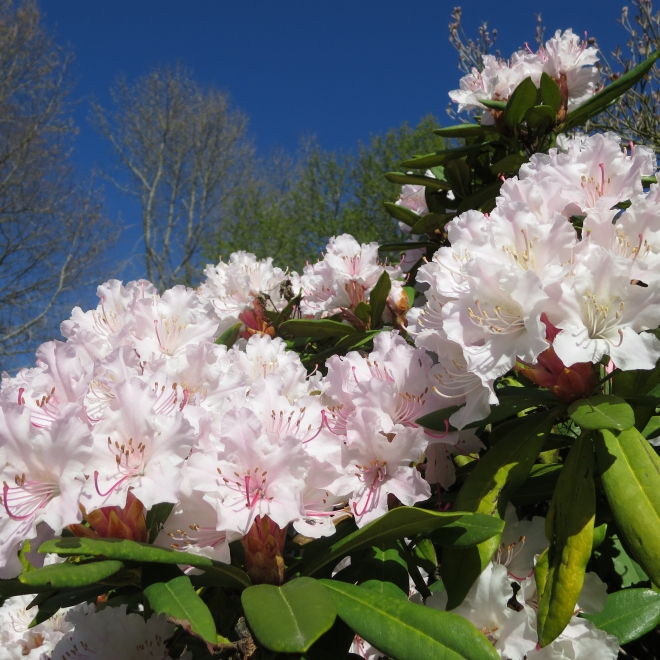 On the Right Track

I saw a quote that said, “You know you’re on the right track when you become uninterested in looking backwards” and it made me think about the fact that in the process of self-actualization there is a different way to assure yourself that you should keep going than the obvious way of noting all the positives. You can also note the lack of any negatives and consider this to be a very good sign too.

One example is that you no longer constantly look backwards, ruminating on how good things used to be, but of course there are a host of other examples too. If what you’re doing doesn’t grate against your soul, if it doesn’t feel wrong, if you don’t feel like you’re constantly cutting against the grain, it’s probably a good sign even if you haven’t achieved the external success that often acts as a guidepost telling you you’re on the right track.

It’s kind of like breaking in a new pair of shoes. They might not feel really comfortable yet, but you usually know right away when they are so decidedly uncomfortable that they will never fit you properly, and of course you trade them in for something that fits your feet better. If you listen to your gut along with your reason, you can usually discern the difference between the struggle that goes into self-actualization and the struggle that goes along with following the wrong path.

If you are wondering if you should keep going with a pursuit, ask yourself whether there are some clear cut negatives. If there aren’t this might be just as promising a sign as if you were overwhelmed by the presence of positives because you might start to experience these positives a little further down the line if you just keep at it. Imagine if a blooming plant were sentient, capable of doubting itself, and capable of directing its own growth. It would just need to keep growing the same way it currently is growing to bloom soon, but it doesn’t know that, and its lack of any blossoms so far has made it start to question whether it should continue to expend all of its energy on something that’s apparently not getting any results. If it did decide to stop then of course it would never bloom, and it would never be the wiser that it would have if it had just kept going. Consider yourself to be that budding plant. If there aren’t a bunch of alarm bells going off warning you that you’re doing something wrong, stick with it and you might just find yourself blossoming before long.