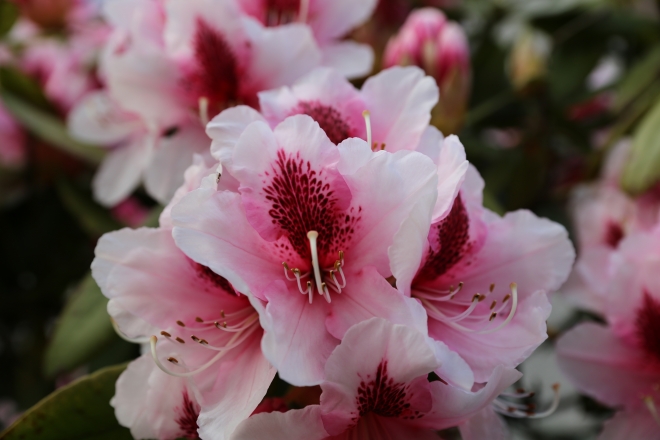 We recently did an article on drug addiction that shows how existential and behavioral thought can complement each other quite well and want to continue down that rabbit hole by showing how it’s the underlying relationship between trainer and trainee that determines whether a reinforcement is interpreted as positive or negative.

People believe that they understand the difference between positive and negative reinforcements but most don’t. One of the primary reasons why is that they intuitively think in terms of either stopping a behavior through punishment or allowing a behavior to keep happening through doing nothing at all. Sloppy trainers. Actually, giving no sign of encouragement or discouragement is called extinction and is likely to make a behavior die out, not keep occurring. Reinforcements, both positive and negative, increase the likelihood of a specific behavior occurring in the future. Sometimes this behavior can be not doing something when provoked by a stimuli, like not chasing after a ball when it rolls across a busy street. It’s still considered a behavior though because when confronted by the stimuli the hardwired response is to freeze up rather than run. Positive and negative reinforcements accomplish their goal through different channels, but the goal of both is the same. It’s not to make a behavior stop but to make it occur more often.

The next mistake that people make is to assume that positive means ‘good’ and negative means ‘bad’, but this is not exactly true. Actually a negative reinforcement just means that there is an aversive involved, something the subject wants to avoid, where a positive reinforcement means that there is a reward involved, something the subject wants to receive. But would it be ‘good’ to give your kid a high calorie cake every time she did something you liked? Would it be ‘bad’ to give her a stern warning about crossing a busy intersection when she is by herself?

When we get into the existential realm, what becomes important is not the reinforcement per se but the underlying relationship between trainer and subject. If this relationship is defined by positivity, trust, and love, where the subject is primarily motivated by seeking approval rather than avoiding punishment, then the line between positive and negative reinforcements becomes fuzzy and even a textbook negative reinforcement won’t really be interpreted that way, especially if the trainer quickly follows it up with a hearty congratulations when the desired behavior is enacted. Conversely, if the relationship is defined by negativity, mistrust, and abuse, where the subject is primarily motivated by avoiding punishment rather than seeking approval, then even a textbook positive reinforcement won’t really be interpreted that way since the subject is always waiting for the other shoe to drop.

We will set up a scene to put these ideas in context. Imagine a two year old girl who feels safe and loved by her parents and other family members. She is starting to learn about rules and the limitations of what she’s allowed to do. Let’s say there is a Sunday barbecue going on. Someone brings an expensive electronic device along and leaves it on the table. She is naturally curious and wants to grab it. When she tries to, at the moment that she does touch it, a caregiver says “Don’t touch that sweetie pie.” She moves her hands away from it, at which point a large smile breaks out on the caregiver’s face, who gives an emphatic “Thank you!” Was what just happened a positive reinforcement or a negative reinforcement? Technically it should be called a negative reinforcement because there is an aversive embedded,  an admonishment, and this aversive will go away as long as she doesn’t touch the device again. But actually since her relationship to her caregivers is so overwhelmingly positive, the line is fuzzy. After receiving congratulations for not touching it she feels good about herself because she wants to please the people she loves and apparently she has. Dopamine fires in her brain to hardwire her behavior as she realizes that she did a good job, a process associated with positive reinforcements not negative reinforcements.

On the other hand imagine a similar scene except where abuse is predominant. She is accustomed to being yelled at and spanked for all the things she does wrong and is rarely rewarded for what she does right. In this case “Don’t touch that” will take on very different dimensions and will certainly be interpreted as a negative reinforcement since she is primarily motivated by avoiding punishment in her family. She will feel bad about herself and all of the mental and emotional problems that can accompany aversives will have more fertile soil in which to grow.