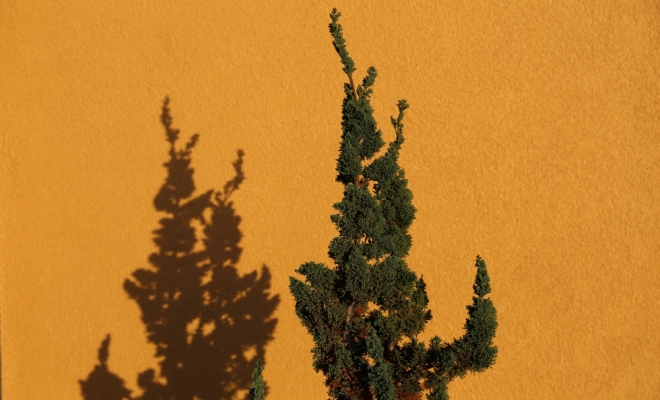 If you observe parents in our society trying to do a good job parenting very young children you might notice that they constantly remind their kids to say please when they’re asking for something. These kids are at the ideal age for the instillation of norms and values, they accept just about everything from their environment without much discrimination because they don’t yet have the intellectual capacity to discriminate. They might not be able to conceptualize it but they do quickly learn that the extra word please is needed to get what they want, so they tack it on there, like a dog going through the motions of rolling over to get a treat.

It really makes you think about societal norms, about personality development and how we’re shaped by the instillation of values, rules, and tabus, what Freud termed the super ego. Just about everyone measures what’s good and bad, right and wrong, not by any objective or even well-thought out criteria, but by what was transmitted to them by primary caregivers and other authority figures, figures who acted as vectors for the norms and values of their society.

To go back to saying please, we all know it’s the polite thing to do and pretty much all of us say it when we want something. But what’s the real difference between tacking a please on there or not when the expectation behind the request is exactly the same in both cases? In fact how can you even blame someone for bad manners when these behaviors were instilled in them in precisely the same way as your behaviors were instilled in you, through a process no different from brainwashing, a process that’s actually the most extreme and effective form of brainwashing when we consider the developmental stage where it starts. The only real difference between good manners and bad manners is that as an adult good manners continue to be positively reinforced because they represent what is considered right and good by the dominant group whereas bad manners represent what is considered wrong and bad by that dominant group.

The super ego is powerful. Freud knew it, but he saw it as a good and necessary thing, as a safeguard against powerful instinctual drives that, if given free play, would wreak havoc on the world. We can see then that Freud’s view of humanity was pessimistic, he believed that humans were inherently bad and needed checks against this badness, that only through sublimation could culture and civilization flourish. To Freud sublimation was the process of funneling destructive id strivings into culturally acceptable channels where instead of doing harm these strivings could be put to constructive uses. As with all philosophies, and Freud’s gigantic system of thought is nothing if not a philosophy, we have to be wary of implicit beliefs, of treating these hidden beliefs as objectively valid without stopping to question them, because they usually represent the subjective worldview of the philosopher.

In Freud’s case, a Jewish person living in a highly antisemitic time and place where many rights and privileges were explicitly denied him solely on the grounds of his race, secret feelings of inferiority and worthlessness, of being bad and rotten, were the expected  outcome from a psychological point of view, the macro equivalent of what happens to many victims of abuse in nuclear families. The irony is that Freud’s own system is what gives us the psychological tools to come to this conclusion. His belief in the badness of humanity was a case of repression and projection. He was unable to see the way he felt about himself because he repressed it, but at the same time he projected these secret feelings onto humanity as a whole. What we can’t or won’t see in ourselves we tend to project onto the people and structures around us.

If we don’t take on Freud’s point of view that human beings are inherently bad, that their destructive impulses must always be kept in check, but instead take on the existential point of view that humans are inherently good, that they strive to grow and self-actualize, that they become loving, productive people when given the chance to develop in a supportive, loving environment where they’re encouraged to be themselves, then the super ego goes from being a good and necessary thing to a nefarious form of control, one that demands psychological, emotional, and behavioral obedience and punishes any divergence.

Many people take their own super egos for objective truth and therefore as measuring rods for what is good and bad, right and wrong. But different cultures in different time periods have had values, norms, rules, and tabus that varied wildly from one another. The same can obviously be said of different societies and cultures in the world today. Yet the masses take the values, norms, rules, and tabus of their own cultural situations as givens, as objective reality.

But actually from an existential point of view self-actualization is impossible without consciously questioning all aspects of the super ego since unless your unique personality, the person you are and can become, is perfectly suited to environmental conditions then you’ll have to make many difficult choices that diverge from societal norms if you want to become yourself.

This tension between adjusting to a culture or adjusting to yourself, of being forced to adjust instead of being allowed to become who you really are, is a great danger in the therapeutic encounter. The same can be said for any relationship where an authority figure transmits values. A lot of therapists are unwitting pawns of the ruling class. They unconsciously believe, even though they might state otherwise, that the point of therapy is to help clients adjust to cultural norms and values because their super egos tell them that these norms and values represent what is objectively good and true. Therefore instead of becoming more free, more consciously aware of their situations, more able to make the difficult choices to become the people they are, clients become less free and instead learn to fit in, to walk, talk, and think like everybody else. Basically they learn how to say please, just in a more complex way.