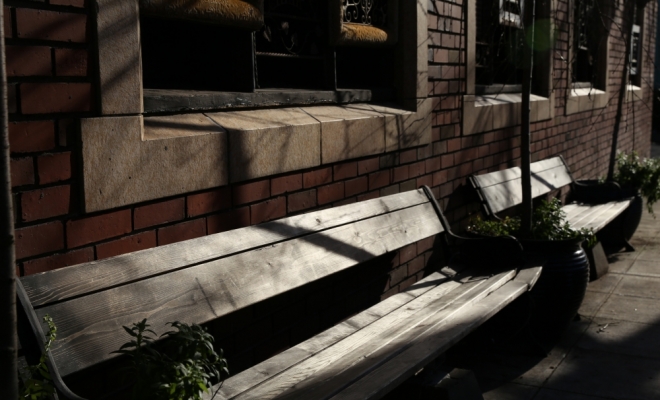 Psychologically speaking, conversations and ideas meant to eradicate the racist mindset are problematic because the attitude of wanting to eradicate anything is militaristic, or at least perceived that way. It sets up two opposing camps, one hell-bent on maintaining the status quo, the other hell-bent on changing it, and this pressure results in increasingly entrenched racist viewpoints.

Racism is a cultural phenomenon to begin with, shared by the group and instilled into members of a cultural segment from a young age, resulting in the creation of the super ego. The underlying Self is easily drowned out by this powerful indoctrinating force and many people take their super egos to simply be who and what they are, without ever questioning where these norms and values came from or if they fit.

Our existential position sees Self as completely unique to every human being, identical twins included, because the ability to respond to our situations as we see fit takes us beyond our genetic makeup and our cultural situations, to the place of attitudinal values where each of us creates our own destiny by reaching out for our personal meaning and then becoming one with it. To do this certain choices must be made that necessarily conflict with the controlling environment and therefore go against the super ego. This creates internal conflict, the conflict between the internal and the external will.

But there are many worthy values that make up the super ego, culturally transmitted norms that represent the accumulation of cultural wisdom and are precious to people for a good reason. When racist viewpoints are challenged these other values feel like they’re being challenged too. It’s kind of like the super ego is a very long military wall and the general knows he needs to position soldiers all along that wall. A breach anywhere could spell disaster as enemy troops infiltrated the homeland. From the perspective of the person holding on tightly to the super ego, a breach anywhere threatens the whole system. The predictable response is to use any and all means to preserve the current world schema.

In social justice theory, racism equals power plus privilege. The class in power, the dominant group, has power and uses it to gain and maintain certain privileges over and at the expense of others. But of course this sort of unhealthy power striving must constantly seek to justify itself, it must rationalize what’s going on, and thus springs racism, which through the process of dehumanization concludes certain others are deserving of less because they are less.

But as we highlighted above, racism is about a lot more than just jealously guarding the power imbalance, and approaching it that way will only put people on high alert so that they refuse to engage in a conversation around it. We have to go back to the fact that racism is a cultural phenomenon, it’s shared by the community. From the narrative point of view it’s our cultural assumptions that make us localize problems within the skin of the individual, labeling this person as one and the same thing as the problem, what’s known as a totalizing description.

It’s the point of contact in the environment where the conversation needs to be, regardless of level of awareness surrounding racist views. At that point of contact, what we really have is Self versus Super Ego, the internal will versus the largely unconscious but still very real external will, and so the question is not primarily about eradicating racist views but rather about a wider exploration into which norms and values align with the deepest layers of Self and which do not.

When a racist thought arises the goal should not be to quickly banish it but rather to invite it in and ask many questions around where it came from and if it fits Self. We are not our thoughts, nor are we our emotions, nor are we the conglomeration of norms and values that have been instilled into us since we were very young. The true power struggle is going on within, and this power struggle represents the deepest levels of freedom or servitude for a human being since self-actualization and with it individual destiny are on the line. It’s no wonder that people who lose the internal battle of wills. bowing down to the force of the super ego, would seek to subjugate groups around them. From the psychoanalytic point of view they’re projecting that uncomfortable feeling of being the loser in the battle of wills onto the external environment, so that they can turn themselves into the victors by dominating someone else.

We’re right back to the question of power, and that’s because power is important to everyone. The difference lies in the type of power wielded and for what ends it is used. Is it power over or power for? In the struggle for self-actualization ideals and viewpoints will be projected onto the environment too, but in this case they’re likely to be ideals that include freedom from oppression of all kinds, because the individual struggle and eventual victory over the super ego necessarily makes freedom from oppression a cherished value. In the end, from the existential point of view, eradicating racism and maintaining personal freedom are one and the same conversation as long as we are talking about the Self’s freedom to self-actualize and not the Super Ego’s freedom to crystallize.