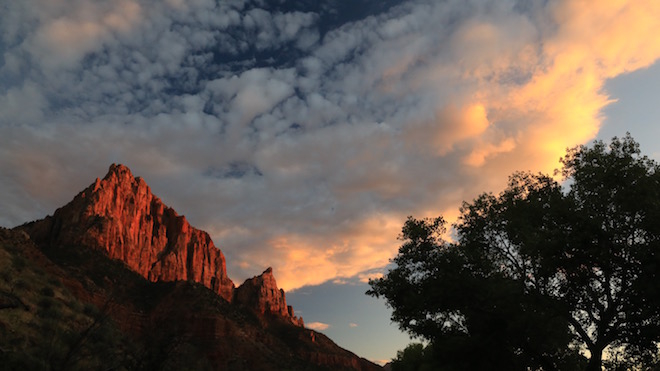 Do Not Punish Your Partner

By punishing your partner we mean enacting all those conscious and sometimes unconscious changes in typical patterns of behavior that cause your significant other psychological, emotional, or physical distress. Depending on the couple, a punishment may seem rather small objectively speaking, like a short word or talking less than normal but the essential psychological factor to understand is that any changes to customary patterns of reinforcement cause the organism distress.

Of course when people dole out punishments upon their partners, wherever they may land on the severity continuum, they’re doing it because they have secretly placed themselves in the role of judge and jury and have determined that the defendant is guilty of some offense and therefore that punishment is completely justified, even righteous.

It’s usually the symbolically understood meaning of an encounter that provokes the indignant sense of having been wronged . But the symbolic meanings people attribute to the thoughts, feelings, and behaviors of the intimate people in their lives are usually highly biased worldviews that are the result of subjective developmental experiences within the family of origin and wider cultural milieu. What most people do, without even questioning it, is project their subjective worldviews onto objective reality, they try to force objective reality to align with their own highly subjective, often irrational, beliefs about Self, others, and the world.

These laws regarding Self, others, and the world become codified and crystallized within the psyche. Most don’t consciously question the norms, values, and tabus that guide their behavior. They aren’t even aware that their super ego exists, they don’t fully appreciate that the way they see the world was implanted from the outside by primary caregivers and other authority figures.

Freud’s system presupposed a war between Super Ego and Id but for him the Id represented all the irrational, destructive forces of human nature, the baser motivations and desires. The Super Ego was absolutely necessary to suppress those dangerous destructive forces, and in the best of circumstances transform them, sublimate them, into the positive building up of society and culture. But his understanding of the war being waged within the private confines of the psyche, where the human being was fundamentally bad and only made good through culture, was of course his own subjectively held bias due to being a lower middle class Jewish person living in Victorian times.

For us Id is Self and it isn’t evil but the life energy itself, the growth oriented seed that if properly cared for grows and matures into the healthy, vibrant individual, the self-actualized person. The norms and tabus in a particular culture suppress individuality to one degree or another, they demand that thoughts, feelings, and behaviors conform to whatever the dominant members of the cultural group have decided are appropriate rules of conduct. The consequences for breaking these rules are themselves punishments in one form or another, from ostracism to taking away privileges to limiting the sphere of physical movement to the actual taking of life.

So for most people, the result of the unconscious battle between Self and Super Ego is the subjugation of authentic Self in favor of a fraudulent personality structure consciously taken to be authentic Self but actually the conglomeration of norms, values, and tabus introjected from the external environment. The psychological and emotional pain of existential guilt, of suppressing authenticity and individuality in favor of rules for thinking, feeling, and behaving sanctioned by external entities, is what causes problems of living, what causes what psychoanalysts call neuroses. Neurosis is caused by inner unresolved conflicts and for us at the most fundamental level the basic unresolved conflict is between Self and Super Ego.

The key to mental health and happiness is not to become better adjusted to the cultural paradigm but better adjusted to Self. Mental health is unlocking that positive, growth oriented energy that has remained under lock and key ever since childhood when powerful super ego formation occurred, when norms, values, and tabus were spoon fed to the young child, who did not yet possess the emotional or intellectual apparatus to question any of those spoken and unspoken rules being transmitted. For the young child subjective experience is taken as objective reality. For the young child in the West the nuclear family is the blueprint for how intimate members of a community are supposed to interact with one another.

Now, we are by no means saying that super ego is all bad since many of the norms and values transmitted are rational and actually do assist people in their growth and self-actualization. Many of these rules of thumb for life are the result of hard won insights by those who came before, some of these instructions for what works and what doesn’t work are spot on. It’s a huge timesaver to just follow them and get good results rather than have to discover every little thing from scratch. In many areas of life Self and Super Ego fit like a glove, there’s no conflict there, no discrepancy. But if we really are all unique individuals, if we aren’t preprogrammed robots, then there’s going to be some friction between Self and environment for each and every one of us.

The Super Ego might not be all bad but what is bad is never consciously questioning the legitimacy of any of the subjective norms, values, and tabus believed to be indicative of the way the world is. But most people don’t question them, they project their realities onto the world and expect those around them to conform to these realities. Subjective bars is taken as hard truth. Again the deeper psychological reason these norms,values, and tabus are left unanalyzed is because fully aligning with them now smooths over the underlying conflict between Self and Super Ego. Going near that conflict is like stirring up a hornet’s nest. Better left alone.

It may seem like we’ve gone far afield from the topic of this article, which is that you shouldn’t punish your partner when you feel you’ve been wronged. But actually we haven’t gone far afield at all since that punishing behavior towards your partner is simply a reflection of what has already happened to you, where you were expected to align with the norms, values, and tabus prevalent in your life environment and faced consequences in the form of various punishments when you didn’t. This setup has caused you a lot of psychological and emotional pain over the years, though you probably repressed most of it. But by punishing your partner when he or she breaks one of your hidden rules for thinking, feeling, or behaving you’re perpetuating that same broken system, a system that, underneath all the rationalizations, thinks of individuality as bad and conformity as good, a system that smothers the seed of human growth.

What would have worked better for you in your own life would have been if authority figures took the time to help you explore your authentic needs and wants, if they took the time to validate your experience rather than force a bunch of rules upon you whose purpose was to compel your perception and experience to align with their own worldviews. You’re doing the same thing to your partner when you use punishments to try to control behavior. Much better to shed your own Super Ego and work to really empathize with the point of view of your loved one, to discover those hidden symbolic wants and needs, and to assist in helping this person unlock dormant growth energy in order to grow and self-actualize in a unique way. If you believe your partner is fundamentally a good person and you believe you’re fundamentally a good person then by definition a happy domestic environment will be one where you’re both given the freedom and support to grow into who and what you really are. That all starts with recognizing and validating the worldview of the other rather than projecting your own worldviews onto each other and then punishing all the perceived infractions where thoughts, feelings, and behaviors diverge from your own unspoken norms, values, and tabus.