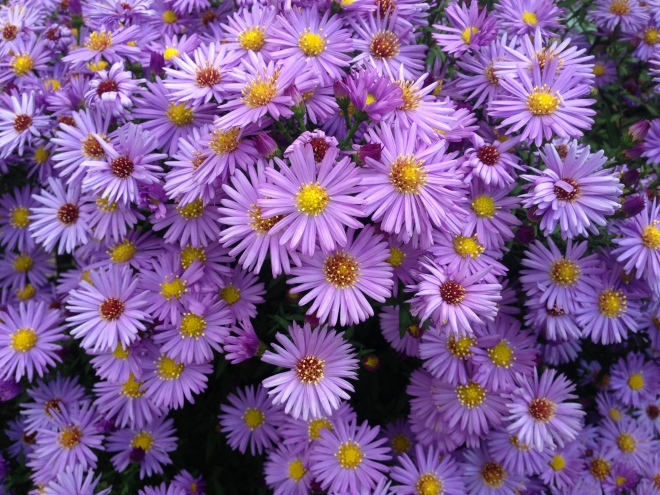 Cognitive Behavioral theory holds that many of our struggles are caused by faulty perception, by maladaptive thinking patterns that hold us back from living happy, connected lives. The spin we put on a situation has a huge impact on our sense of Self, and our sense of Self determines the way we act in a situation. Becoming more aware of negative thinking patterns slices through this vicious cycle, allowing us to open up our thinking to see a fuller perspective, which in turn allows us to react differently to a similar circumstance in the future.

Human beings look for patterns and for causation. It’s in our nature. The ability to make sense of a puzzle, to be able to sort out which are causes and which are effects, has tremendous evolutionary value. Lots of the time we are spot on, our machinery is working properly. But sometimes we see patterns where they don’t really exist and see causation where there is none. The causation we are so sure of is often caused by our own slanted perceptions of the world. The events we see, hear, taste, smell, and feel are taken to be objectively true, but are actually filtered through our own unique worldviews and perspectives.

Perception is an important factor in the consequences of any activating event. One important physiological reason why is that our bodies and brains don’t discriminate between whether our perception of a situation is objectively true. We feel the same things in our bodies as the same neural pathways fire. We are left in the same emotional and psychological states, even if these states are based on faulty perceptions.

We will describe a common negative thinking pattern called catastrophizing. If you can apply it to your life that’s awesome, and it doesn’t mean you are deficient it just means you are human. The idea is to raise conscious awareness in order to approach reality, so we can think of this as a Zen exercise.

People who catastrophize tend to focus on and worry about the worst possible outcomes of situations. Many times they will not act, not go through with a plan, not make a new acquaintance, because they are sure it will go badly. This attitude causes real symptoms of anxiety, and like we said above the brain and body don’t discriminate; the state is just as uncomfortable as for someone who has a valid reason to feel anxious. Of course there is evolutionary value in preparing for the worst. Who has a better chance of surviving an attack by a dangerous predator, a happy go lucky chap aimlessly walking through a field, whistling a happy tune and blissfully unaware of his surroundings, or a hyper-alert, crouched individual cautiously making his way across that open space, looking for and expecting danger in every direction?

But most events don’t turn out to be catastrophic, especially in our modern world, where lions and alligators are not lying in wait around every corner. A more balanced viewpoint that envisions a fuller range of outcomes, including good ones, lets people live happier lives with less anxiety, opening them up to taking more chances, reaching beyond themselves to influence and be influenced by the world. Even bad outcomes are usually far less worse than imagined.

The key is balance. A completely positive outlook that ignores possible pitfalls, moving blindly ahead in spite of obvious danger or risk, leads to just as many problems as the catastrophizing outlook, even if a person doesn’t recognize them as problems because of an unfailingly optimistic attitude. When the alarm bell of anxiety goes off we don’t want to ignore it, we want to listen and then make the best judgment we can about what to do. But if that alarm bell is going off all the time, it will either cease to have any meaning for us or be so disruptive that growth and a fulfilling life are impossible.

The hardest part about breaking through the catastrophic attitude is that the only way to prove it wrong is through action, doing the very thing that we are so sure will cause the catastrophe. The fact is that this worst case scenario is probably a possibility, even if its probability is extremely low. If we look around us, we can see that catastrophes of all kinds do happen, but most of them are very rare. Life is uncertain, and we can never perfectly predict how our actions are going to pan out. But we can take calculated risks that are more in line with reality, risks that make room for the possibility of good outcomes too. What we can say with certainty is that catastrophizing leads to missed opportunities, unnecessary anxiety, and a less meaningful life.