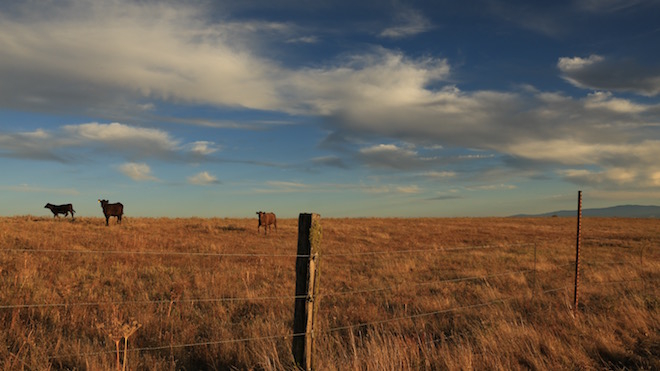 We are going to discuss why chasing your dreams is a positive thing for mental health even if they seem far-fetched or never come to fruition. It’s a tragedy that parents, teachers, friends, and colleagues are usually quick to discount a person’s life plan or career goals as unrealistic or impossible to achieve.

They are engaging in a process called externalization where their secret feelings of failure are placed onto you so that they can regain a sense of psychic equilibrium. Usually these people did not achieve their own dreams and failed to self-actualize. Unconsciously they desire to bring you down to their level in order to feel better about living a life they know is inauthentic. They rationalize stomping on your dreams by saying that they are protecting you from disappointment or failure but the true mechanism operating is externalization. They are not always trying to be malicious but when you listen to them you are kept from living the life that is yours. Never let someone else determine the course of your life.

People who are successful and have followed their dreams rarely tell others that their goals are not achievable. Instead they talk about passion and persistence. Nothing worthwhile is easily attained, so they are usually more concerned with helping a person become aware of the steps that will be necessary for success than they are with denying the possibility of a goal’s attainment.

One of the areas where our culture is completely backwards is that we place much more value on the result than we do on the process of attaining that result, and we tend to view that process as worthless if it does not lead to the desired outcome. We’re going to talk about a goal where the possibility of attainment is improbable to show how, from a psychological point of view, if you focus on the process the journey will have been worthwhile regardless of the outcome.

Let’s imagine a kid name Ryan who is twelve years old and wants to become a professional basketball player. As adults we all know how slim his chances are. There are millions of kids with the same dream and there are only a few new slots available each year in the NBA. Many people are likely to tell Ryan that his dream is impossible and that he should focus on something else. Think about the message they are instilling in a young man who is still in the process of shaping his perceptions of the world, his personality, and his behaviors. He is internalizing the idea that he does not have what it takes to achieve his dreams. The seed of worthlessness is planted and will have countless opportunities to grow in other aspects of his life. The problem is that these authority figures are focusing on the goal rather than the journey that is necessary to attain that goal. It’s true that from an objective standpoint Ryan has little chance to reach the NBA. If he listens to the naysayers that small chance will move to zero.

Instead let’s focus on the process. First we discuss with Ryan that it’s a long, difficult road and that only passion, persistence, and dedication will get him there. But he needs to find out for himself the specific steps that will be necessary for his goal’s attainment. We instruct him to send emails to all his favorite NBA players asking them for details on what they had to do to become professionals. We also help him get into contact with a few basketball coaches in the area to talk about the characteristics of players that go far. If Ryan is unwilling to do this then we can talk more about passion and decide together whether being an NBA player is something he truly wants. If he decides it’s not then he has learned something important about himself and his sense of self has not been damaged. It’s not that he can’t achieve this goal but that he doesn’t really want to.

Ryan is going to quickly discover the massive amounts of work and dedication that players who make it to the NBA put into basketball from an early age. They woke up every morning before school to run stairs, lift weights, and shoot hoops. They practiced diligently after school. They learned how to accept coaching and instruction, and put in countless hours to improve deficient parts of their game while polishing the parts they were best at. In short, they dedicated themselves to basketball. If Ryan is unwilling to put in the same effort then again it’s not that he can’t achieve his goal but that he doesn’t truly want to. He had a false perception of what being an NBA player means. Ryan has come face to face with what it takes to be successful at an early age.

Now let’s say that he is still committed to his passion and begins taking the steps outlined above to turn his dreams into reality. Who could honestly say this process is not worthwhile even if it never leads to a spot on an NBA roster? Ryan will be learning habits and developing personality traits that will serve him in every facet of his life for the rest of his life. He will learn dedication and perseverance. He will push the limits of his physical and mental endurance. He will learn that you get out of something what you put into it. He will see what it means to be part of a team and what it means to accept instruction. As long as the people in his life diligently focus on this process and help him bring it into his conscious awareness Ryan will be able to apply what he is learning to all of the other facets of his life. After a few months of this routine homework or studying for tests will seem easy by comparison.

Obviously you can apply the example above to any undertaking in your own life. If you listen to the people telling you why it’s not going to work the outcome is a foregone conclusion. But if you are truly passionate and are willing to learn the process of what it takes to reach your goal, the outcome won’t even matter. At the end of your journey you will find yourself with talents you never even knew you had and an increased ability to confront all the challenges life throws your way.