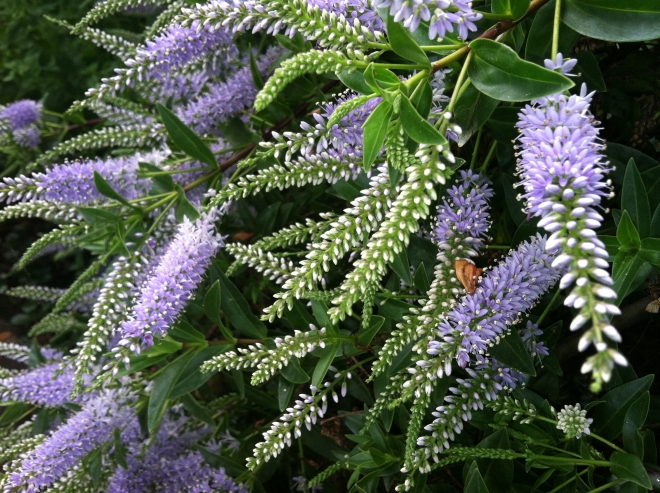 Near the beginning of most yoga sessions you are asked to set an intention. It can be pretty much anything but one route is to choose some aspect of your practice to work on, mindfully come back to it many times during the hour, and hopefully accomplish what you set out to do by the end of class.

You can borrow the idea of intention setting for any area of your life where you are trying to make a change. It will work well for you for the same reason that it works well in the context of yoga. The practice combines mindfulness with principles from behavioral psychology that tend to make a new behavior stick.

Setting an intention for yourself is really about simplification. You focus on one small aspect until you get it right instead of trying to do it all. Lots of times we have aspirations to make sweeping, global changes in our lives. Eat healthy, exercise, keep the house cleaner, put your nose to the grindstone at work, spend more time with the family, take up the guitar, socialize more, stop watching so much television, read classic works of literature. All of these larger behaviors have numerous mini-behaviors embedded within them though. There are many steps that go into all of them, and success is more likely when we chop each behavior up into smaller pieces and focus our energy on one piece at a time.

I used behavioral psychology to quickly train a dog who had many bad habits, and a major key to our success was this idea of simplicity. We worked together on one aspect of a desired behavior until he had perfected it, and then changed the parameters of reinforcements so that he needed to do more to receive the same reward. For example, he was pulling so strongly on his leash that the people who take care of him couldn’t take him out on walks. Trying to set up a training scenario where he would have to immediately be walking calmly beside me would have been absurd, and would have made us both feel like incompetent failures during most of the process even if we were ultimately successful.

Instead I focused on rewarding behaviors that tended in the direction of the completed behavior I was going for, making sure to deal with only one aspect at a time. Dewey was pulling on his leash, constantly stopping to sniff plants and interesting objects, stopping to pee on just about everything in sight, and saying hello to other dogs while we were walking. I tackled all of these individually. This way he always felt like he was doing a good job because I could precisely target and reward in the moment smaller parts of the completed behavior. It didn’t take him long to pick up on the rules of this game and he started working hard to move towards the desired end.

At first it was just clicking and rewarding through praise and a treat any time there was the slightest slack on the leash. It didn’t matter if he was sniffing bushes, peeing, or doing anything else at these times because the only thing we were training was a slack leash. But soon just a little bit of slack was not enough to garner a reward; he needed to leave more slack. Then he had to leave more slack for longer durations. Once I had him walking beside me all the time we started working on sniffing plants, then peeing on everything, and finally saying hello to everyone. Chopping up the desired completed meta-behavior into many smaller and more manageable behaviors made our chances of success much higher because Dewey could clearly understand what I wanted.

You can use this behavioral theory on yourself when you are trying to implement a lifestyle change by just setting an intention to succeed at one small part of what will eventually be the fully developed behavior. Try to view the lifestyle change you are enacting from a distance and see if you can chop it up into smaller parts that will build upon each other. Mindfully reward yourself with something you are motivated by, even if it’s just self-praise, when you perform this mini-behavior during the day until it becomes a part of your routine. Then set a new intention that incorporates and builds upon it, moving you ever closer to your goal.

This is really what we’re doing when we set an intention before practicing yoga. We’re not asking for the stars. We are setting a reasonable goal that represents one tiny part of our practice yet one that is essential for the whole. Coming back to it a few times during a session not only lets us practice the art of mindfulness, but also keeps us on task and hopefully puts us in a position where we can congratulate ourselves for having accomplished what we set out to do. If you use this approach for any behavior in your life you will be much less likely to feel like a failure while you’re building towards your goal and you will be much more likely to get and stay there.