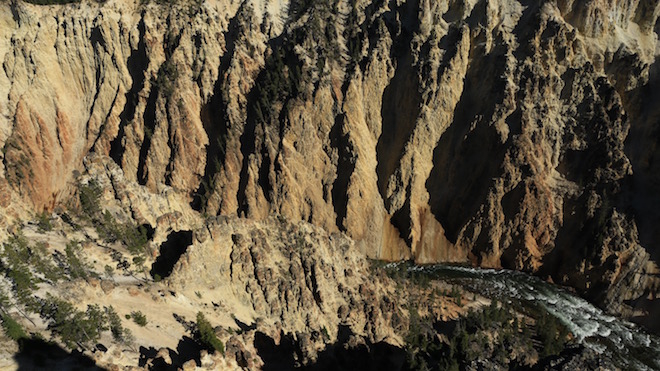 “Please hear my cry for help and save me from myself”

Most people who are feeling suicidal send out myriad signals to those around them that’s something’s wrong, that they need help.

But the problem is that these cries for help usually aren’t clear or direct. They’re more passive, the severity of the situation is never spelled out. Suicidal messages are embedded in seemingly benign topics or embedded  in changes to typical patterns of behavior. If someone you really care about were to say to you ‘I’m feeling suicidal and I don’t know what to do. I need your help’ you’d activate immediately to get them the assistance they need. But we’re all naturally narcissists. We put ourselves at the center of everything, we believe we’re the main protagonists in this thing called life, that we’re the sun and all the people we know are planets revolving around us. We miss cries for help because we’re not paying close enough attention and because we don’t want to hear them, not really.

All these unconscious societal values make suicidal thoughts, make struggling with any kind of mental health issue really, a guilt inducing, shameful experience best kept to oneself. Most don’t make direct cries for help because they don’t want to admit, to themselves or to anyone else, that they need help, that they’re in a dark place and have no idea how to get to the light, that they’re falling apart at the seams.

So hearing the cry for help of someone you care about means tuning in and heeding signs and symptoms that aren’t immediately obvious. If this person is feeling depressed and suicidal the signs will be there though. Dark thoughts and ideas will be expressed even if they’re coated in laughter or a seemingly innocuous story. This is what all of us do to hide our discomfiting thoughts and feelings, not just people who are feeling suicidal. We smile while talking about a painful experience, we puff our chests out when we’re feeling threatened.

What you really want to be looking for to make sure you don’t miss a cry for help are any changes in typical patterns of behavior. There’s probably no such thing as ‘normal’ as far as common behavioral patterns go, from sleeping to eating to talking to working to just about any behavior you can think of, people with different constitutions and different environmental circumstances fall into different frequencies and intensities of the behaviors that make up the routine of their daily lives. But we all do fall into our own routines, into our own ‘normal’.

If someone you care about has started eating more or less than usual, if they’ve lost or gained significant weight, if they’re sleeping a lot more or a lot less, if their psychomotor movements become agitated or lethargic, if they’ve just made a drastic change to their appearance, these are all signs that something is off, that something in their psychological makeup has changed. Changes in behavior patterns aren’t necessarily indicative of suicidal ideation or any mental illness of course. They could tend in the opposite direction, towards a healthier lifesytle and more intentional contact with people and the world.

Sometimes a suicide attempt is itself a cry for help. As strange as it sounds, a lot of people who attempt suicide aren’t expecting to die, not really, and this includes the tragic cases of those who complete the act. If you’re feeling suicidal and have been sending out cries for help that have gone unheeded, don’t resort to actually attempting suicide because things could go terribly and irreparably awry. We realize that some people really do want to kill themselves, that they’re not doing it for attention but to end a situation they have come to see as insufferable and untenable. But many completed suicides are not to end the situation but to make someone, anyone, pay attention and decide to care. And no matter how isolated you are, no matter how alone you feel in this moment, no matter how intolerable life has become, there is always the possibility of improving things if you just hang in there a little longer and summon up the courage to ask in a direct, non-ambiguous way for the help you need.

Our recommendation if you want to make sure you’re there for the people you care about who could be struggling but haven’t admitted to themselves or anyone else that they’re contemplating suicide is to commit yourself to being more present, more aware of what’s actually going on in the lives of your intimate connections, and to not ignore or brush aside any evidence you uncover that something is off. It’s perfectly fine to ask if they’re okay and if they need help, and it’s okay to take those dark things they say about death and suicide, even when shrouded in a joke or a benign topic, very seriously.

Depression and suicide are really about existential isolation. It’s when people feel all alone, completely and utterly alone, that they start taking the prospect of suicide seriously. Those in a state of authentic connection with people, their projects, and the world don’t feel suicidal. Feeling connected and feeling suicidal are incompatible states of being. So sometimes reaching out across the existential abyss, really seeking to connect with the experience of someone and making it clear you’re there to support them through a difficult time, can be a huge turning point and provide a lot of relief all on its own.