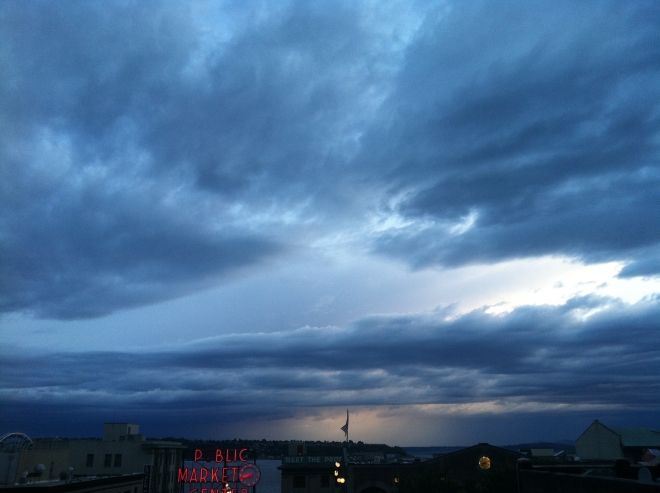 If failure were not a possibility more people would probably dive into their projects and interests with abandon, giving it everything they had. Trying your best is logically the surest way to succeed at anything, but unconsciously some people decide it’s safer to not try at all or to exert only partial effort. This in effect leaves an escape hatch open so that when things don’t work out it’s not due to a personal defect but to not really having cared that much.

There are obviously a lot of pitfalls to this attitude. The likely outcome is exactly what this type of person fears most, which is mediocrity and failure. Think of the irony that it’s so important for your sense of Self to be good at everything that you don’t think you could tolerate finding out you’re not good at everything, which keeps you from going through all the difficult steps necessary to get really good at anything.

I recently read a humorous aphorism by Nietszche that flows in our vein of conversation. “Making Plans- Making plans and conceiving projects involves many agreeable sentiments. He that had the strength to be nothing but a contriver of plans all his life would be a happy man. But one must occasionally have a rest from this activity by carrying a plan into execution, and then comes anger and sobriety.” (Nietzsche, Human All Too Human part II, Pos 570 Kindle Version)

The threat of failure and the anxiety, anger, and sobriety that accompany it is what keeps so many people from chasing after what they truly want, contenting themselves with daydreams or coming up with plausible rationalizations for why it’s not the right time to move forward with their plan.

Psychologically speaking, failure is a symbol for death and the existential anxiety that is cued off in response to this threat is the same as is cued off in response to the threat of real, physical death. It’s easy to forget in our modern world that almost the entire span of human history was a struggle for survival in nature just like every other organism on the planet. Humans faced the threat of real death every day and had to overcome it in order to survive. Most of us no longer have to worry about survival in nature although we are obviously still tied to the natural world in a fundamental way. But our daily struggles have more to do with facing and overcoming threats of symbolic death like failure, in getting along well in society and developing our talents.

This is why we have to overcome our natural instinct when it comes to existential anxiety and use it to guide the way towards growth instead of viewing it as a dangerous predator to be avoided at all costs. We have to remember that symbolic death is not real death, and even when we fail we have the chance to pick ourselves up, dust ourselves off, and give it another go. There is no reason to fear failure because the path to success is always strewn with many, many failures along the way.