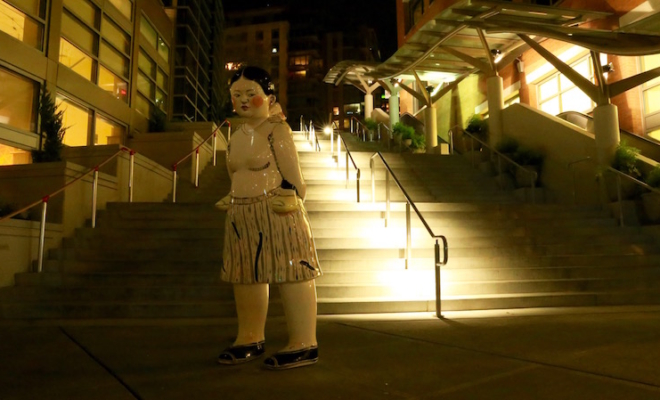 “Walk as if you are kissing the earth with your feet.”
– Thich Nhat Hanh

In the chaos and uncertainty of changing times, when structural societal forces cause feelings of helplessness in a suddenly hostile world to explode into conscious awareness, emotions run high. Many who feel threatened and violated, who feel pushed around, aren’t content to just sit there and take it. They want to do something, they’re compelled to stand up for the norms and values they hold dear. In a free society this desire to stand up to injustice often manifests itself as protest marches and other forms of resistance or advocacy.

The great danger is that powerful emotions cued off by the perceived threat to cherished norms and values have the potential to transform peaceful protest into violent protest. Most of us are not very skilled at handling our powerful emotions, specifically our anger and fear, and our lack of skill often leads to unintended destructive consequences.

Our powerful emotions are sort of like rocket fuel. They’re very potent but they also burn out really fast and can leave a lot of damage in their wake. Love, on the other hand, is like a deep spring with unending reserves whose cool water slowly, ceaselessly bubbles up to the surface. Any peaceful protest actively seeks to transform dangerous, destructive emotions like fear and anger into productive states like compassion and love.

The key is to make your protest, in whatever form it takes, be the concrete manifestation of the cherished norms and values for which you’re advocating. If those norms and values are primarily about peace, love, and social justice then your walking, or any other behavior you decide upon, must itself be peaceful and loving and just. Peace and love and justice are not some far off theoretical constructs to be worked towards through whatever means necessary but are states of being available right now in the present moment. Inhabiting these states and sharing them with the world is a far more powerful form of protest than violence and hostility, in fact it’s the only form of protest that has ever led to lasting positive changes anywhere because it compels all human beings involved in the situation to look inwards and access their own humanity, their own centers of growth and love, rather than using the hostility and violence they see from the other side as justification for their own continued hostility and violence.