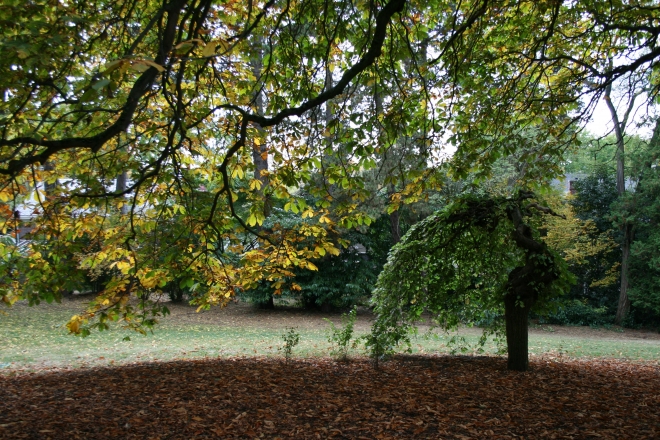 We are going to give a brief overview of schizophrenia. The word actually comes from a Greek root and translates as ‘split mind’, which causes many laypeople to picture the disease as dissociative identity disorder where the affected person has two or more personalities. But this is an incorrect understanding and instead schizophrenia is characterized by positive and negative symptoms we will discuss below that, while devastating, have nothing to do with multiple personalities. It is a chronic, severe, and disabling brain disorder.

Schizophrenia affects men and women equally and occurs in similar rates in all ethnic groups across the world. Symptoms usually begin between the ages of 16-30 and start a little earlier for men than they do for women (source). It occurs in around 1% of the general population.

Like most mental health issues and medical issues in general, genetics and environment are thought to interact to cause schizophrenia. As compared to a rate of 1% in the general population, it occurs in 10% of people who have a first-degree relative with the disorder. Looking at concordance rates of identical twins is the best way to establish a genetic link for anything because identical twins have the same genetic code, and if one twin has schizophrenia there is a 40% to 60% chance that the other will have it too. This is quite high in the world of concordance rates and shows a definite genetic basis for the disease.

You may have heard of the term ‘refrigerator mother’, which was coined in the 1950’s and created needless guilt and suffering for mothers of people with schizophrenia. The idea was that mothers who were cold and emotionally unavailable were the primary cause of its development in their kids. But like we said there is a strong genetic basis for the disease and it’s not entirely known how environmental factors influence it, although stress seems to be a contributing factor. Many people who develop schizophrenia report a high stress period of their lives leading up to their first break, and there is some research to show that those who suffered abuse in childhood are more likely than the general population to develop psychotic symptoms (source).

Many people worry that those who have schizophrenia are dangerous and violent, but actually most violent crimes are committed by people without schizophrenia so the fear is unfounded (source). I think what scares people is that the symptoms associated with the disease often make someone inhabit a world that is not connected to reality. But living in a world filled with hallucinations and delusions does not mean a predilection to violence and most have no intention of harming anyone except themselves. Suicide rates are much higher than in the general population.

Negative Symptoms can include:
-Loss of interest in everyday activities
-Appearing to lack emotions
-Reduced ability to plan or carry out activities
-Neglect of personal hygiene
-Social withdrawal
-Loss of motivation

By far the most common symptoms that most people equate with schizophrenia are hallucinations, which are usually auditory or visual, and delusions of persecution. These are found in paranoid schizophrenia, which is the most common type and also the one that has the best outcomes with treatment. Like all mental health issues and medical issues in general, early detection and treatment insure the best outcomes.