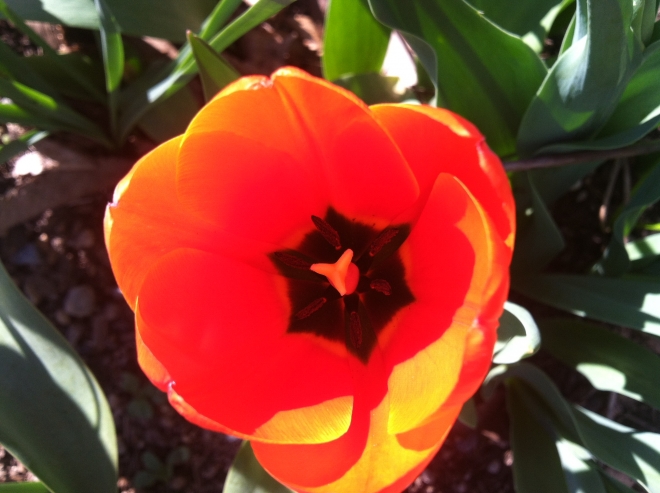 The first thing to understand about autism is that it’s a syndrome. This means that it is a cluster of symptoms found together. Autism can only be diagnosed through observing behavior. Currently, separate criteria exist for Asperger syndrome and Autism but this distinction will be done away with in the DSM-V and will be replaced by the umbrella diagnosis Autism Spectrum Disorder, with divisions made based on level of severity. There will be three levels. Here is the rationale given by the revision website for the change:

1) the old way isn’t precise enough—different clinicians diagnose the same person with different disorders, and some change their diagnosis of the same symptoms differently from year to year, and 2) autism is defined by a common set of behaviors and it should be characterized by a single name according to severity (source)

The spectrum is incredibly diverse. At one end are very high functioning people or even geniuses, while at the other end lie those with little or no language, lack of toilet training, and a seeming inability to connect emotionally or intellectually with other people or the world.

A whopping 1 out of 88 births now result in autism, as compared to 1 in 2500 in the 1990’s. The increase can partially be attributed to better and more specific diagnoses. This argument says that the rate of autism was pretty much the same all along but people in earlier decades slipped through the cracks or received incorrect diagnoses. I remember a classmate having an ‘aha’ moment during a lecture about disabilities and special education. He looked bemused, then interjected “Wait a minute. Does this mean that all the weird kids from my elementary school actually had undiagnosed developmental issues?” There is a lot of truth to this insight, and especially if you went to school in the eighties or before you will be able to remember a few classmates who fit the bill, needing mental health services but not receiving any. Some of these kids probably had autism.

But most in the scientific community agree that autism really is on the rise and there are some compelling theories why. One I especially like because of its potential to instill a sense of meaning into parents of children with autism and into those struggling with it is the theory that autism in its more functional forms is the precursor of the next stage of human evolution. If this is true we are witnessing the early part of the next great leap in human history. Those with really severe forms of autism usually don’t reproduce so theoretically their genetic code will be pruned. Some autistics have almost unfathomable abilities in areas like spatial reasoning, mathematics, and music. One example I read about was a guy who could perfectly replicate city streets onto a map after seeing them out the window of an airplane. Imagine if most of the population started exhibiting genius like talents and savant abilities without the more debilitating correlated symptoms.

More benign forms of Autism and technology seem to fit together. In our digital world, in many ways it’s now an advantage to have less desire for social interaction and to feel content working many hours isolated in a confined space. Online interactions are more controlled, provide safety from physical contact or too much stimulation, and don’t need to be infused with emotion to be successful. Emotions are extremely important to most of us and life wouldn’t seem worth living without them. But you can’t miss what you’ve never known. A lower threshold for emotional engagement does not mean that a life lacks meaning, just that meaning has to be derived through different channels.

Whether autism is the bridge to the next phase of human evolution is speculative, but the genes associated with it definitely have evolutionary value. The famous Temple Grandin, who herself has autism, provides a really vivid and compelling evolutionary rationale for autism in the quote below.

“It would be nice if you could prevent the most severe forms of nonverbal autism but if you got rid of all the autism genetics, you’d get rid of scientists, musicians, mathematicians, and all you’d have left is dried-up bureaucrats. I see a picture in my mind of the cavemen talking around the campfire, and off in the corner, there’s the Aspie guy, and he’s chipping the first stone spear, figuring out how to tie it to a stick, cutting some animal sinews to do it. Social people don’t make technology.” (Temple Grandin, from ‘Far From the Tree’, Andrew Solomon, Pos 5933 Kindle Version)

We’ve talked a lot about attitudinal values, which is the freedom we have to react as we see fit to the unalterable aspects of our lives. Realizing that the genes associated with autism have been central to human development and progress can help in the struggle to find meaning out of what many find to be a meaningless and hopeless situation.

There is huge controversy about whether autism should be viewed as an identity or an illness, whether it should be celebrated or cured. These are complex questions and the purpose of this article is not to answer them. It is certainly not to discourage anyone from trying to help those with autism become as sociable as possible and get along in society as well as possible. I hope it does stimulate thought though. Whether autism or its more undesirable symptoms will be eliminated in the future does nothing for your situation right now, whether you are a parent, family member, or are dealing with autism yourself. Some aspects of your situation are unchangeable but you can still find personal meaning in it. Those on the autism spectrum join the chorus of geniuses and innovators who have propelled humanity forward through the generations, even if their voices are largely silent.