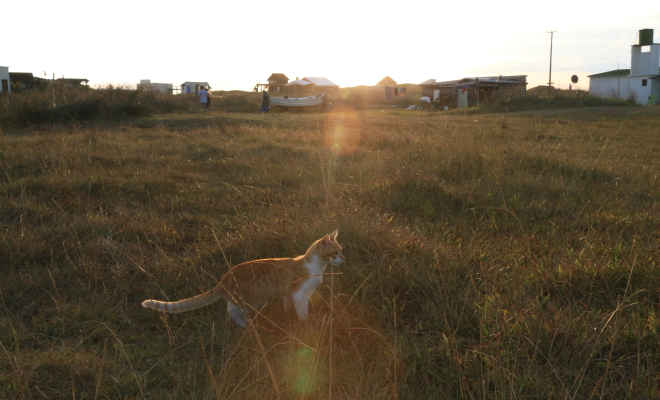 When You Don’t Know Where To Begin Start From Anywhere

The advantage of having no idea where to begin is that you’re free to start from anywhere. You’re unconstrained, you can enter the fray from any number of directions, which can lead to some unintended but happy results that wouldn’t be possible while working under a paradigm whose parameters were already fully known.

But of course what happens to many of us when confronted by the unknown, by the blank page, is that we feel overwhelmed and intimidated. We don’t know where to start so we don’t start at all, instead turning away from the whole endeavor in order to move back to the firmer ground of what’s already known and understood and familiar and safe.

If you’re working at an endeavor and suddenly find yourself at a complete loss for how to proceed, don’t let your continued efforts get paralyzed. Instead realize that doing anything is better than doing nothing, pretty much the worst that can happen is that your efforts won’t bear any fruit and remaining in neutral won’t bear any fruit either. Just let your intuition guide that first step and realize that things will probably fall into place out as you go along. Accept that doubt and uncertainty and work with it instead of turning away from it.

I can’t count how many times I’ve looked at the blank page in front of me with absolutely no idea what I’m going to write about. I’ve definitely felt the temptation to throw my hands up and walk away from the whole thing that day, to chalk it up as a lost cause. But then I sit with that frustration for a while, and I follow an idea, any idea. Before long a few paragraphs emerge, and in those paragraphs I find an article taking shape, though it usually has little to do with that first idea. What ends up getting posted wasn’t planned or preconceived, and this has allowed for a much wider range of psychological thought and application on this website than if  had always limited myself to walking the safe, firm path of thought I already knew well.

In whatever your chosen endeavor is, have faith that those times where you feel lost are the very best times for you to access your potentialities and creativity, which will allow you to put your own individual brand on what you’re doing. When you don’t know where to start don’t let this uncertainty keep you from starting. Just roll with it and you might be pleasantly surprised by where you end up.