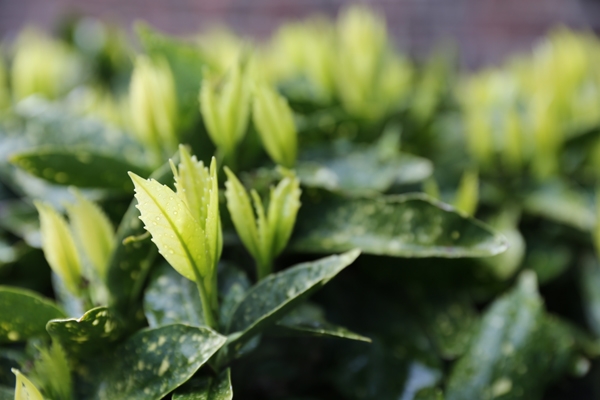 Perfectionism is a common character trait for a person who is anorexic. This means that you set very difficult or even impossible to achieve goals for yourself in pretty much every aspect of your life and feel deflated and down on yourself when you fail to achieve them. We are talking about such diverse areas as making your bed perfectly, getting excellent grades, performing a musical piece without a single mistake, or being the perfect daughter or girlfriend. There is literally no activity or encounter that is not in some way colored by the perfectionistic attitude.

Perfection is subjective. The criteria varies based on variables like time period, culture, socioeconomic position, inherent abilities, birth order, relationship to authority figures, and countless others. Also even if we were to agree that your subjective idea of perfection is objectively valid, being perfect at everything is impossible to keep up, as you have undoubtedly discovered. Observers tell you that you did a good job at whatever it was you were doing, meaning it because you actually did, but you will either suppose they are lying or just believe that they are flat out wrong. You know on the inside that you came up short. Most perfectionists take this perceived failure as global proof of their worthlessness. When you fail at one thing you believe it means you are a failure, not just that you failed at that one thing.

There is a theory that makes a lot of sense in the case of anorexia and perfectionism, and this is that by being your own worst critic you automatically protect yourself from the criticism of others (Avis Rumney, Dying To Please). Nothing that anyone else says can have any power over you if you have already beaten them to the punch. You insulate yourself from emotional damage and the anxiety that comes from not living up to expectations in another person’s eyes if you have already not lived up to your own. But think for a minute about the irony of this perspective. Objectively speaking, what is the difference between your self-criticism and the criticism of others when the end result is that you feel incompetent and miserable? A strategy that may have been conceived to protect you ends up doing you more harm than anyone else possibly could.

Unconscious, seemingly unbearable anxiety due to feeling helpless in a hostile world is at the center of developing anorexia. Anxiety is at the center of many life issues actually, so you are not alone. Your perfectionism, just like your eating disorder, is a very clever way for you to shield yourself from feeling helpless or at the whims of others. When you set the highest standards for yourself you take away the power of everyone else and apparently regain control over your life.

The good news is that you have a lot of practice at learning not to let what others think affect you, and this mentality can be a sign of mental health and maturity. You have the freedom to ignore others’ negativity towards you, just like you ignore them now when they say you did better than you believe. This existential freedom never changes. You had the control to start regulating your diet and trying to be perfect at everything you do, you have the control to relax your standards and let the criticism of others bounce off of you like raindrops off of an umbrella.

Usually related to a difficult relationship with your parents, perfectionism lets you focus your thoughts and energies on a fictional, made up person who is capable of being perfect instead of focusing on who you really are. The person you really are was hurt, emotionally damaged, made to feel less. That person is vulnerable. It makes sense that you would shy away from her and instead hitch your wagon to a person who can do everything perfectly.

The problem with perfectionism, that we touched on above, is that it is a human concept, and with humans there is always a subjective filter that colors objective reality. For example, let’s go back to playing a musical piece and imagine it is something you are a perfectionist about. There is surely someone out there who is better at playing this piece than you, and there is surely someone out there who is worse than you. But neither of them knows this fact. The person who is worse than you could play it to full potential and be happy with the result. If you were to hear it though you might say to yourself “That wasn’t very good.” The person who is better than you might make a few minor mistakes, yet you would not recognize them and might say to yourself “Wow, that was a perfectly played piece.” If both of these people were to hear you play it their perceptions would invariably be different from yours, one thinking you played it perfectly and the other thinking you made some mistakes.

One thing you can do to shake things up is to fail at something spectacularly on purpose. Do the worst you can possibly do at it. Really give it your all. When you think about it, this is also a form of perfectionism. Try to be perfectly terrible at your next task. Obviously choose something that will not have negative consequences in your life except for how you might feel inside. Something like doing a poor job making the bed. Be conscious of your anxiety during the process. Remember that anxiety is feeling helpless in a world perceived as hostile. It’s kind of like fear except worse because you don’t really know what you are afraid of, or where the feeling is coming from, so you don’t know how to make it go away. The truth is that there is no real way to fix anxiety because at the end of the day we are all helpless in a hostile world. We are all mortal and are only delaying the inevitability of death. But we’re not dead yet and we deserve a happy existence while we have it.

You don’t have to be perfect to be happy, you just have to be yourself. When you stop trying to be perfect all the time actually you’ll be closer to perfection, if we define perfection in the subjective existential sense as the full development of your unique Self, because you will be a more authentic version of you.