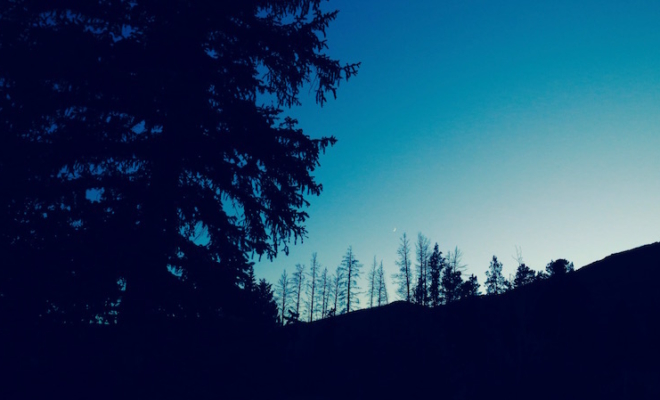 The conditions that lead to the development of a character neurosis are similar to those that lead to developing anorexia from a psychodynamic point of view. You will probably read in a lot places that anorexia should be categorized as an addiction, and there is probably some truth to this. However we believe that conceptualizing anorexia as a neurosis, where you choose to change your body structure instead of your basic character structure, makes a lot more sense.

In this sense you should be congratulated. Under tremendous psychological pressure you chose a course of action to try to protect your sense of self. At a core level this shows that you love who you are and want to keep that person safe. You can activate that feeling of self-love that is so essential for mental health and use it to beat your disease.

A character neurosis, like anorexia, develops from hostile conditions in childhood where a person feels tremendous amounts of anxiety due to feeling helpless. However, this person’s solution, unlike yours, is to actually change his character traits and focus on developing just one small slice of his personality, believing this is his total person. Life becomes warped and shallow. Relationships suffer and of course the neurotic suffers because he is confined to acting and thinking in a narrow, compulsive way even when the situation warrants a different reaction. But this solution feels like a life preserver in an ocean of anxiety so he is loath to give it up.

These ideas are complicated so we will give a concrete example to help explain them. Let’s imagine a girl named Sally who is twelve years old. She has been trying and failing to get her father’s love for many years. She has also had to endure physical and emotional abuse at his hands, and although her mother commiserates with her she has done little to try to change the situation. Mother can be described as meek and passive. She does not create the rules in the family. Sally hatched a plan about six years ago, and although it has gotten mixed results, she is sticking to it because it has helped her deal with her unbearable anxiety and at times has appeared to make the abuse stop.

She decided to try to merge with the strongest presence in the family. Since her father has the power to abuse her he also has the power to treat her well. He runs the show and she quickly learned that her mother is ineffective. She gives up her needs for independence and differentiation, and instead forms what is in her mind an alliance with her father. She follows his commands and decides to put his needs and the needs of everyone else first. She becomes obsessed with the idea of self-sacrifice. She has decided to allow her life to be controlled and believes that giving up her autonomy will result in her father being satisfied and choosing to protect her rather than harm her. By merging she gives up her own sense of self but hopes to thrive off of the power of the stronger party and to be happily dependent.

As Sally continues to grow she will see all of her relationships and the world from this vantage point. Her life solution is to give up personal autonomy and freedom for the supposed safety of a wise, stronger presence that will guide her actions. She will look for romantic partners that fit this profile. She will be self-sacrificing in situations where it makes a lot more sense to look out for her own interests. She might allow teachers and other students to trample all over her rights and interests without complaint. Some people might even call her a saint but she expects something in return and this is the lowering of anxiety, the cessation of abuse, and happiness. None of this will ever occur because she has stunted her sense of self and created a caricature that neglects the full emotional spectrum. She wants to find happiness by denying the very facts of her existence that could make her happy. And nothing she can do will ever alter the abuse at her father’s hands. She did not deserve to be abused in the first place and his sadism will play itself out regardless of how she responds to him. The same pattern will repeat itself in later romantic relationships.

In short she becomes a different person than she was meant to be. The core of her being has changed and with it her sense of self. Her life solution limits her from ever finding true happiness because she is constantly looking for people and events in life to prove her style of living correct rather than to help her authentically grow and develop as the full, unique person that she really is. This particular neurosis was just one out of several that Sally could have chosen. It is known by various names including ‘moving towards’ or masochistic. The solution is understandable under the circumstances but tragic. There are various types of neuroses, but what they have in common is that the personality is irrevocably altered.

You on the other hand wisely protected your sense of self. You are attempting to reduce the anxiety caused by the uncertainty of hostile conditions by changing your body instead of your personality. Your solution tries to protect who you really are at the expense of your body, where Sally’s solution is to change who she really is at a core level.

Your solution was clever but it backfired for an important reason. The body and the psyche are intertwined and what happens to one affects the other. As much as you would like to separate yourself from your body you will never be able to. You are your body, or at the least you live in it. The unfortunate reality is that the tremendous strain you are putting on your body in the form of starvation is creating psychological consequences that are changing who you really are as completely as Sally’s decision to merge with a stronger presence changed her.

One of the ways we know this is that there was an experiment done where psychologically healthy males who were conscientious objectors to the war in Vietnam agreed to restrict food intake for an extended period of time to at least 15% below their normal body weight instead of go to prison. All of them developed many symptoms characteristic of anorexia. Some that are directly related to personality include depressed mood, hyperirritability, social withdrawal and feelings of isolation, and decreased interest in sex. When the body realizes that it is starving to death many physiological changes take place to help you survive, and these also change the way you perceive the world.

You will never become the person you were protecting when you decided upon anorexia if you continue upon your present course. The lifespan is characterized by personal evolution and emotional growth, and your growth is being stunted because of how you are treating your body. Your true self is buried underneath your depressions, obsessions, perfectionistic strivings, and feelings of isolation. These characteristics have become you but just like in the case of neurosis they are not you. They are symptoms of a style of living and when you can summon up the courage to change it you will be on the path towards regaining what you were protecting all along.