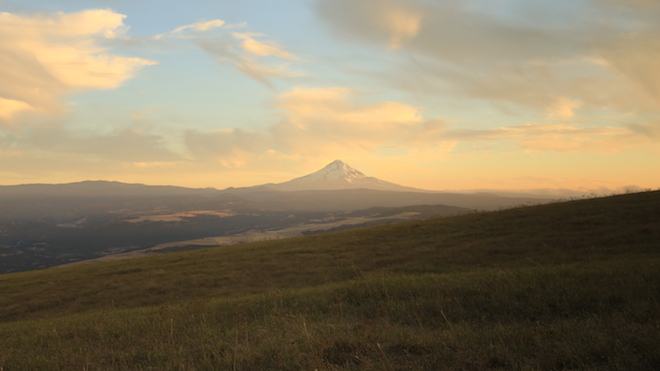 Everyone Needs A Religion To Stay Sane

Whether we know it or not, each and every one of us is religious. Everyone needs a religion to stay sane. In fact we can define the state of insanity as the absence of a religious orientation towards the world. We see religion, along with Erich Fromm, as any entity that shares two essential features – a system of orientation and an object of devotion.

With this definition in place it’s not just the theistic religions that make the cut, it’s countless objects that don’t seem particularly religious on the surface like money, power, or prestige.

To figure out someone’s religious orientation we have to remember that there’s often a problem of mislabeling. Although they identify with a certain world religion they don’t actually follow the norms and values embedded in that religion, they’re not living the religion, they’re simply attending a ceremony once a week where they endure an hour or two of sermonizing before getting back to their real lives.

When we scratch through the surface and get to the underlying drives and motivations, a dynamic psychological character structure can be discerned from which the true religion can be inferred since thoughts, feelings, and behaviors are all turned in one way or another towards the attainment of whatever the object of devotion is.

So the real problem in our modern world is that people aren’t aware of their true religion. And this true religion is often unhealthy, detrimental to growth and happiness, to love and connection, to peace and contentment, to the capacity for daily gratitude, to brotherhood and sisterhood, to love.

Take power. It implies domination. It implies thinking of others in terms of threat level or potential use value. It implies constant struggle, a vigilant attitude towards life and people bordering on paranoia. It implies crushing adversaries. It implies a hierarchical philosophical structure of the world where different groups of people inherently exist on different rungs of the social ladder.

And the quest for power is a black hole. For most, its acquisition means brief happiness followed by the thirst for more power. There’s no end game, no amount of power can fill up that space where self-actualization has to be. The Self is crying out for a healthier life orientation, for a way of being and acting that fosters growth rather than domination and control, that offers freedom rather than shackles.

With the other common unhealthy secular religions in our Western world like money and prestige we run into the same basic problem, which is that it doesn’t matter how much of the entity in question is accumulated there’s always a compulsively felt need to acquire more. And constant vigilance is required since if the guard is let down one’s position might be compromised and that which has come to define Self will be ripped away. Painful existential anxiety always  lurks at the edge of conscious awareness.

Many of the world religions don’t work for people anymore, they can’t buy into the unscientific elements, into the supernatural, into what they see as hypocrisy, so they drift away from their religion. They might attend a ceremony on special occasions but that’s about it. The problem is that these people have thrown out the baby with the bathwater, they’ve lost sight of the fact that the spiritual teacher who founded their religion discovered and shared a way of being in the world that creates peace and happiness in Self and others. All of the great spiritual teachers espouse messages that are more or less equivalent. This is because they all understood the psychology of human beings, they all isolated detriments to human growth and tried to remove them while clearly laying out a path that, if followed, would result in a happy and meaningful life. Following the norms and values of the great spiritual teachers, or of some other life-affirming entity in the world, in no way has to imply the expected reward of an afterlife but can simply be a path of meaning and fulfillment in the concrete world. And it doesn’t have to mean following the norms and values of the organization that has grown around the teachings of a spiritual teacher. We should always go back to the source, back to where the ideas originate rather than aligning with this or that commentary on those ideas.

It’s easy to lose sight of the fact that religion is not a set of scriptures or a beautiful cathedral or an organization or even a holy man or woman but rather a life orientation with clearly laid out rules of conduct, with norms and values to be applied in daily life. To take one example, it’s no wonder that some people call themselves Christians yet act in hateful and discriminatory ways when we realize that they’re not following the message of Jesus, they’re not living by what he taught. They only actually pay lip service to what Jesus said and did. Their values are hatred and intolerance and bigotry. Their true religion is authoritarianism, a system where they exist on the highest rung of the social ladder and, as members of the only fully human group of the species, deserve to enjoy certain rights and privileges that members of outsider groups should be denied.

It’s no wonder that people hold on so tightly to their religions though, even when it becomes clear that they’re causing a lot of suffering and unhappiness, since like we said above the lack of any religious orientation is the definition of insanity. Even if it’s not working very well an unhealthy secular religion does offer stability, it offers a way of understanding and acting in the world. The realization must occur at the meta-level that there are healthier sets of norms and values out there that can be slowly implemented over time to replace the unhealthy norms and values and this process poses no threat to sanity. Any changes can be noticed as they occur in order to decide if they seem desirable, and freedom can be maintained to halt them at any time. Choosing a healthier secular religion doesn’t force people to sink into insanity but rather leads in the opposite direction, towards saner and healthier contact with people and the world.