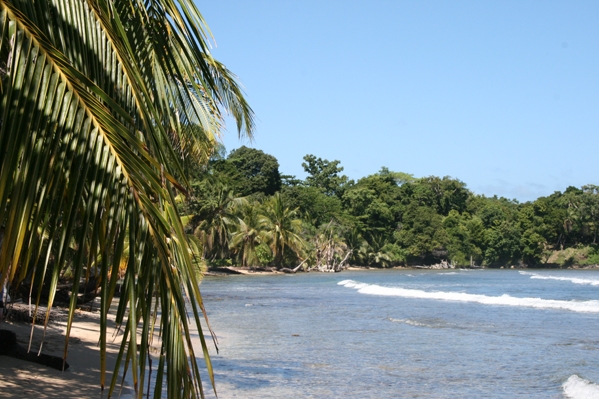 Something to keep in mind when you are helping people who are grieving or are faced with grief yourself is that the experience becomes bearable if you can find a way to surround it with meaning. When you are grieving you are suffering, and when you see a reason for this suffering you can persevere in spite of the pain.

The existentialist Viktor Frankl championed meaning as a psychological cure for a host of maladies and for him grief was no exception. He told a story about a person who came to see him because his wife had recently passed away. This man was gripped by intense loss and didn’t feel like he could go on. Frankl asked him, “Do you think your wife would be in a similar state if you had been the one to die first?” When he assented, Frankl went on, “Then you see that you are saving her this experience of suffering by taking it on yourself.” With that the man stood up, shook Frankl’s hand, and went out into the world with a new sense of purpose to sustain him. Suddenly each moment became a dedication and an act of love for the person he had loved the most.

I try to keep the idea of finding meaning in the foreground when I’m working with people who are grieving and have seen it work wonders many times. It’s not that the painful feelings go away, it’s just that they become a badge of pride. A recent example occurred with a guy I met who was really torn up about a dog who had just died. He runs a shelter where he cares for and places dogs who have been mistreated and who have often suffered terrible abuses at the hands of their former caretakers. This dog had suffered greatly, and in fact her situation seemed bleak. The guy doubted whether he should take her on because her chances of survival, based on his experiences, didn’t seem very good. But something about her drew him in, and they forged a close bond over the next few days. She seemed to be getting better. Then everything suddenly took a turn for the worse, she started vomiting uncontrollably, and died.

This guy was confronted with a lot of powerful emotions. Guilt and doubt about what he could have done differently to save her. Anger at the people who had tortured her. Powerlessness to change the situation. And just pure grief at having taken the risk to open himself up and forge a close emotional bond, only to have that bond severed.

I told him there were two things to consider, which I separated from one another in the conversation so that he could have time to process. It’s important to let people talk out how they are feeling because when we can name our emotions some of their power over us diminishes. The first thing I told him to keep in mind was that if she could have suddenly, magically increased her cognitive power to the level of a human, she surely would have made the choice on her own to hitch her wagon to his star, knowing that there was no guarantee of survival but that he was a trustworthy, loving person with a lot of expertise in such matters who wanted the best for her. She would have taken the risk of going with him, especially since there weren’t a lot of other options.

The second thing was that while their time together was short, the bond they formed was very real and gave her a chance before she died to experience what a loving relationship between a dog and a human can be like. He gave her that, and they both benefited. Who are we to say, amongst the infinite cosmos, that an experience of short duration is worth less than one of long duration, or even that there is a difference when compared against billions of years? Actually some of the most important moments of our lives are short lived, but this doesn’t diminish their worth.

These ideas were effective and provided some relief because they helped instill the situation with meaning. The sense of futility and powerlessness are diminished when we can see a purpose surrounding what happened, and feelings of pride and love take their rightful place alongside the sadness and longing, helping people open back up to the world in spite of their loss.