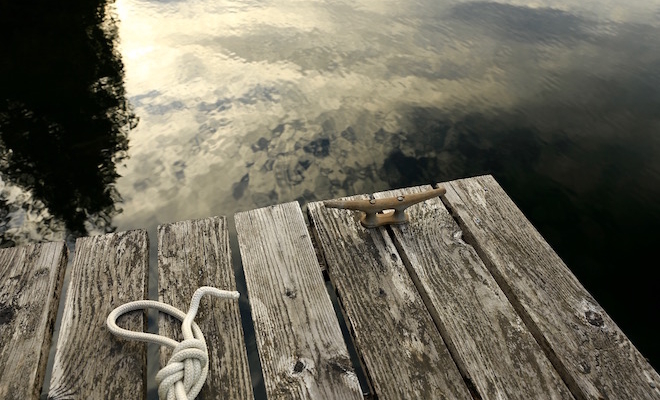 There’s nothing particularly neurotic about death anxiety and in fact we might make the opposite case: Excluding the truly enlightened among us, those who claim to have no death anxiety whatsoever recur to various psychological defense mechanisms to achieve that state. Defense mechanisms are symptoms of neuroses just like smoke is a symptom of fire.

In this sense it’s not just dysfunctional to think about and worry about death all the time, it’s also dysfunctional to never think about or worry about death. It’s dysfunctional because the means used to blot out death anxiety from conscious awareness, defense mechanisms, cause their own set of problems in functioning and relationships. The unintended consequences of these defense mechanisms are undue relationship conflict, depression, outbursts of anger, nightmares, poor concentration, unnecessary risk taking, drug or alcohol abuse, obsession with power, money, or prestige, and many other symptoms taken to be isolated behaviors. But actually these behaviors can be traced back to the denial of mortality and the various defense mechanisms used to continue to inhabit that false reality where death might be real for everybody else but isn’t personal. “Death exists but has nothing to do with me.”

Our point here is that just like with all types of anxiety, mental health should not be defined as the absence of death anxiety but rather as an honest, productive relationship with it. This honest, productive relationship can exert a profoundly positive effect on the life path. For one thing, the dysfunctional defense mechanisms we’ve been talking about here become redundant and dissipate when death anxiety is brought into conscious awareness, honestly confronted, and worked through. For another thing, when we realize in a personal, practical sense that we’re on a very short timeline life is perceived as a precious gift rather than an endless slog and we become more mindful and intentional in our daily interactions with the world. We begin to trivialize the trivialities, as Irvin Yalom likes to say. For another thing, when we accept our ultimate vulnerability we tend to become more compassionate towards ourselves and others.

Managing death anxiety starts with the insight that the goal should not be to bring that anxiety down to zero but rather to use it like the lotus flower uses the mud. The prospect of death and the anxiety that emanates from it doesn’t have to drive us into a helpless state of panic or depression, but can instead inspire us to live more fully and mindfully while we still have the chance. Authentic, productive contact with people and the world means shedding our relied upon defense mechanisms. We can think of no more powerful generator of defense mechanisms than painful death anxiety. This is why appearances can be deceiving in that those with no death anxiety are believed to be healthy while those with death anxiety are believed to be neurotic. Actually the reverse is more often true. Those with no apparently no death anxiety are neurotic but their maladaptive thoughts, feelings, and behaviors aren’t traced back to their fundamental denial of death while those who enjoy an honest, productive relationship with their death anxiety are healthy even though they do often suffer because of their fundamental acceptance of death.