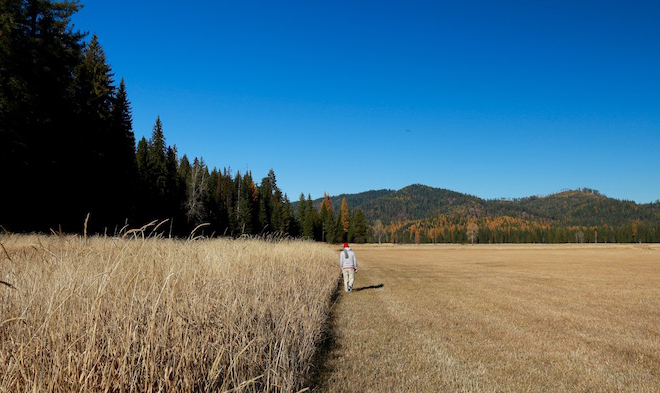 In emotional detachment there’s nothing wrong with the emotional apparatus per se. People with emotional detachment are capable of experiencing the full emotional spectrum just like anybody else. Actually it’s precisely because they’re emotionally sensitive that they felt compelled in childhood or adolescence to decide to stop being that way, to stop caring.

They decided to put up the wall, they decided to stop sharing their soft emotional underbelly with anybody else because opening themselves up emotionally always led to bad consequences. Sooner or later the other show dropped and feelings of security, the pleasant feeling of being accepted and loved, would make way for painful anxiety and the unpleasant feeling of being rejected and despised.

What we have going on in the syndrome of emotional detachment is not the inability to access or share emotions but rather the conscious or unconscious decision not to in order to find some relief. It comes down to this. People with emotional detachment were made to feel helpless in a hostile world too often for too long and finally decided to fight back in their own way. That way, a rather ingenious solution when we think about it, was simply to stop letting what was happening to them get to them through deciding to never again put themselves in a vulnerable emotional situation.

Helplessness is not necessarily an unpleasant state. If we feel supported and protected by a loving community helplessness can be a quite pleasant state. Imagine yourself as a young baby in the gentle arms of a caring mother. In a way that’s the state we’re all trying to get back to in one form or another, that’s paradise lost, that’s human existence before the fall. But combine the sense of helplessness with threatening, malicious external forces and the situation suddenly changes.

Adults with emotional detachment often complain that it’s been so long since they shut off that they don’t know how to turn back on but the fact is that full contact with the emotional experience is right there waiting for them. Many of them do enjoy rich emotional lives from within the safety of the castle they’ve built for themselves. As long as they feel safe they let themselves feel. But any and all stimuli that make them feel unsafe cause anxiety to bubble up, which causes them to quickly recur to the various defense mechanisms and rationalizations they’ve built up over the years to find relief from it. It’s other people and the potential intimate relationships they represent who present the single greatest threat to emotional security since the feeling of helplessness in a hostile world always occurred in the context of intimate relationships. The more intimate the relationship the greater the threat posed, which obviously causes a real problem since we all need intimate relationships, we all need to feel truly connected, to be happy and to keep existential anxiety at bay. Yet the prospect of an intimate relationship and the emotional vulnerability this that this type of relationship demands creates anxiety in people with emotional detachment, which causes them to retreat from the whole enterprise

What this means is that recapturing a sense of emotional connection with people and the world goes through anxiety. Anxiety, the feeling of being helpless in a hostile world, must be confronted. We might say that anxiety jealously guards the full emotional experience. Fighting the anxiety won’t do, anxiety will win just as it always has. Running from the anxiety won’t do. The anxiety will catch up just as it always has. The way forward is to stop thinking in terms of winning or losing, to stop thinking in terms of power and control, and to instead start practicing radical acceptance. The anxiety is noted when it arises and is then embraced and experienced fully, as long as external conditions are objectively safe, rather than fought against or escaped from. This is a practice that should be undertaken in relatively safe conditions like in the home alone or with other trusted people like a therapist or loved one.

What has happened in adulthood for those with emotional detachment is that anxiety has become the symbol for, the encapsulation of, the very real and painful hostile circumstances earlier in life that kicked anxiety into high gear to begin with. We can say then that when anxiety bubbles up connection, vulnerability, and the full emotional experience are usually right there behind it waiting to be embraced.

Freud once wrote “We are never so vulnerable as when we love.” If he had wanted to be even more precise he could have written”We’re capable of love to the extent that we’re capable of making ourselves vulnerable.” Love and vulnerability go hand in hand. Since that feeling of vulnerability, which isn’t bad in and of itself, always cues off painful anxiety in those with emotional detachment the first step in meaningful change is to notice the anxiety when it bubbles up and to have the courage to sit with it instead of chasing it away or running from it, assuming of course that this anxiety isn’t the adaptive response to an immediate physical threat.