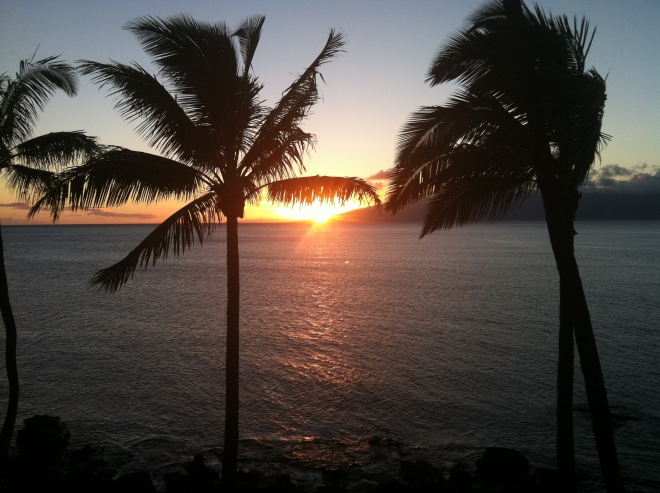 We do not pay death anxiety much attention or even have conscious awareness of it most of the time. In fact thinking or talking about death is patently avoided. We do not respect the elderly like most other cultures through time. Instead of a place of honor for a life well-lived their opinions are taken less seriously and they are hidden away in retirement homes. Popular culture is obsessed with youth. The majority of older models, actresses, and singers are intermittently replaced by a younger crop. No one seems to notice that the decades go by but the image of our society stays perpetually young. Facial creams and plastic surgeries offer the ability to counteract the effects of aging, ignoring the inevitable.

All of these factors point to a culture-wide repression of death anxiety. Many people admit to secretly believing they are immortal. “Somehow the rules won’t apply to me.” There aren’t really many other choices out there to help cope with the most painful of life’s problems. The old myths have become implausible to most educated people in the 21st century. Science and technology have taken us far beyond the limited concept of the universe that spawned the world religions. Each new discovery makes us feel small, insignificant, and less powerful when the idea was to make us feel the opposite.

Think of the sense of comfort that would come from believing that you are at the center of the universe, that you are the epitome of creation, and that the gods are watching over you, have a plan for you. Of course many still believe this today. The problem is that the desire to go back is hardwired into the human condition. Back to the womb, back to the Garden of Eden, back to nature, back to youth. Back to a time where you did not have to make any choices and life seemed eternal. Any time a great discovery rattles the concept of how humans see themselves in the universe there is massive push back. Holding on tight to your idea of the world combats unbearable death anxiety.

Humanity’s curiosity funneled into scientific inquiry has created an existential situation that seems bleak to many people. How do I make meaning out of my life when everything seems random, and how do I come to terms with the fact that I will one day die and cease to exist? We are going to discuss a thought experiment that Epicurus created to help people deal with the terror of death. He was a philosopher from ancient Greece whose ideas are as compelling today as they were thousands of years ago.

Epicurus created the idea of ‘Death Symmetry’. He noted that everyone feared death and the state of nothingness it entailed but no one feared their state of nothingness before they were born. You don’t fear birth, so why do you fear death? Eternity passed by without your knowledge and you didn’t have a problem with it because you didn’t exist yet. Nothingness after death will be the same. You will not have a problem with being dead because you will not exist.

Let’s imagine that the above concept took hold of the public’s imagination. How would this change the sense of meaning that is instilled by the thought of eternal life? Those who represent organized religions would probably tell you that less morality, less respect for human life, and even chaos would be assured outcomes. It seems to us that the opposite would happen. People would discover on a deeply personal level that life is more precious because of its transience and they would become more protective of it. If you have two coats, it doesn’t matter as much if you lose one of them. It seems odd that everyone tries to create more meaning out of a situation that already has meaning by the fact of its existence. It is as if people view the miracle of human life amongst the infinite cosmos as not worthwhile in and of itself.

None of us knows what happens when we die. Cultures across different times have created myths in order to put into words and symbols their experiences with the infinite. The fact that some of these myths seem outdated does not take away from the existential situation that created them. For those of you who need a different way to combat the terror of death we hope the thought experiment by Epicurus helped.