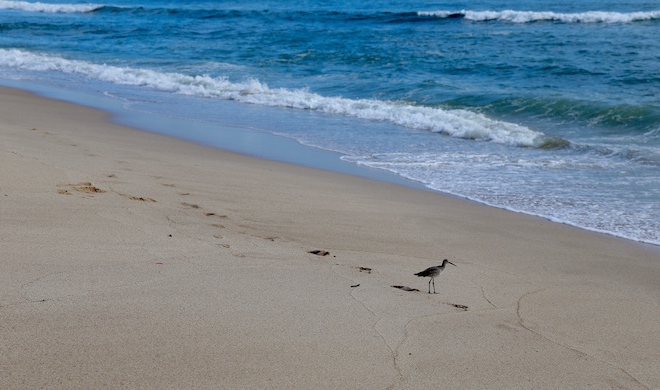 The midlife crisis is, at bottom, the dawning realization of individual mortality. It might manifest as an “emotional crisis of identity and self-confidence” but this emotional crisis of identity and self-confidence always occurs against the backdrop of death. It’s the unsettling feeling Rollo May put so succinctly – that it turns out life is not a never-ending upward spiral of bigger and better things.

The wave of life grows at first, then it crests, and finally it breaks upon the shore to dissolve back into the ocean where it formed. In youth we all know at the theoretical level that we’ll one day die but we don’t feel this reality in our bones. We ride the upward momentum of the ever-growing wave and we feel good, we feel that life with all its myriad possibilities is laid out before us and we’ll have the chance to experience it all, to be everything we want to be, to do everything we want to do. Death is real for other people but not for us. Death is not personal. The folly of youth is the belief in personal immortality, the belief that we’ll remain young and unchanged forever.

But the drum of time beats a steady rhythm onwards, with or without our say so, and before we know it, seemingly in the blink of an eye, we’ve got more years under our belts than we might have in front of us. We come to see that the wave can’t keep growing indefinitely, that it will indeed crest, and that after it crests it will break. All those things we were going to be, all those endeavors we were going to pursue, all the infinite time laid out in front of us, suddenly make way for the grim recognition that we’re on the clock and may have already misused a lot of the limited time allocated to us. We might currently find ourselves in an unfulfilling situation that hinders rather than helps our self-actualization.

The midlife crisis could just as easily be called the midlife opportunity since we’ve only become aware of something profoundly important that was true from the get go but hidden from our consciousness due to our naive belief in personal immortality. Life is short and we only get one crack at it, one chance to become the people we were meant to be, one chance to offer something of ourselves up to the world, one chance to find peace and fulfillment in our lives and relationships.

But the tragic reality is that even in the throes of the midlife crisis most people don’t want to bring the real reason behind it into conscious awareness. They don’t want to fully accept their mortality and they don’t want to do the hard work of changing their thoughts, feelings, and behaviors to get back on their personal paths of self-actualization. Instead they try to cheat their way out of the mess they’re in, to double down on what they’ve already been doing by focusing even harder on acquisition, or on amassing more power over others, or on increasing their prestige. A car, a boat, a house, a victim, an accolade, anything to dull the pain of the realization of death.

But the midlife crisis is an opportunity, just as all crises are opportunities. It can be used as motivation to take honest stock of the current life situation and to make the difficult changes now in order to insure that the remaining time allotted is used in a way that furthers rather than hinders self-actualization. The decision can be made to ‘trivialize the trivialities’ as Irvin Yalom likes to put it, to reprioritize life in order to put the really important things first and let the trivialities taking up so much psychic space fall by the wayside. Time cannot be stopped, mortality cannot be avoided, but how the allotted time is used is entirely up to us. The midlife crisis is a chance to change course and start using the remaining time in a productive way that aids rather than hinders self-actualization, in a way that makes us and others really happy, in a way that reduces suffering in the world. When we make these important changes the specter of death doesn’t go away but some of the terror does.