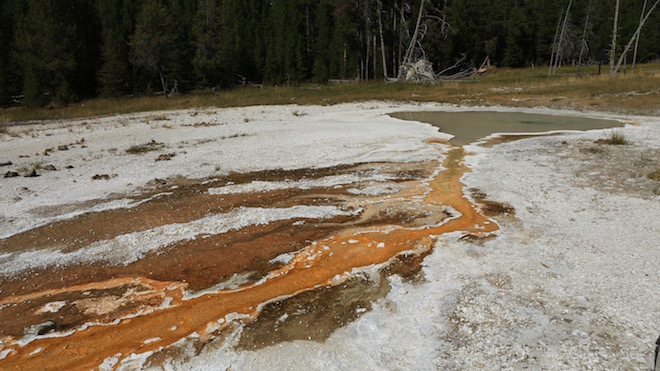 Mind Of A Killer

We will take a journey into the mind of a person with antisocial personality disorder and experience the potential for change by discussing portions of interviews from the documentary ‘The Dhamma Brothers’. It follows several inmates as they embark upon a ten day Vipassana meditation program. The first interview takes place before the intervention. Rick, the person we will be discussing, starts by expressing doubt about what going through the process might entail.

“It’s like stepping into the abyss to go to Vipassana…there may be things back there, that I’ve never, uh, that I’ve never glimpsed at.  This woman came out from the back. I asked for her money. I told her to lay down on the floor. And that didn’t seem to satisfy me. So I told her to get up. When she walked by me I stabbed her to death. Many, many times. You really don’t feel. You’ve got this place where it’s like things are not real. And until you get stopped by life itself, where you have to stop and take note of what you’ve done, what’s going on with you, then you just continue.”

Notice that there is a total disconnect between the horrific crime and Rick as the person who perpetrated it. He takes little responsibility for an act he was fully responsible for. He says ‘That didn’t seem to satisfy me’, suggesting he had no personal awareness of what would have satisfied him. It’s as if he was controlled by an outside force. As he is describing his thoughts about his actions he uses the word ‘you’ instead of ‘I’. Everything occurs at a distance where he is an observer of himself rather than the primary mover.

He says ‘You really don’t feel’ while talking about the brutal murder. This is existential vacuum. When people feel isolated, insignificant, and alone one solution is to prove their significance through acts of violence. This is tragic because significance can be proven through acts of creation, love, and productivity too. By hurting or killing another person it proves that you truly exist because you affect the life of the other in a profound way. The interview above suggests that he does not believe he exists in a real, human way. He has a difficult time inhabiting his thoughts or taking responsibility for his actions.

The more that you are present in the moment, know how you are feeling, and are aware of your body and thoughts, the more you are able to take responsibility over the direction of your life. People who live in the moment and within themselves tend to love life and seek to protect it rather than destroy it.

As the documentary progresses we learn that although the effects of the ten day meditation have been life changing for many of the inmates who took part in it, the program has been shut down because of ideological differences of opinion between the decision makers in the state of Alabama (who supposedly are Christians although Jesus preached a gospel of love, acceptance, and community) and Buddhism. Despite the setback many of the prisoners continue meditating. They even meet on their own in secret, under the auspices of a different group, in order to keep practicing together. They know the consequences could be severe but have found something that has changed their lives for the better and decide upon freedom of mind in a place with so many physical restrictions.

Four years later the documentary picks back up. A shuffle in bureaucracy has made the new leaders amenable to reinstating the Vipassana program. When the teachers enter the cold, forbidding hallways of the prison they find all of their former students lined up against the wall awaiting their return in respectful silence. How did a ten day program and the resulting years of meditation effect so much change on people who are deemed by most as beyond saving? One answer is the sense of significance and community that come from going through a rigorous internal process of self-reflection as a part of a group. Each man confronted himself in the silence and found freedom by encountering the person he knew he could be deep down. If only this process had happened before the atrocities.

Here is Rick about four years from the time of the first interview:  “The case that I’m in here on, the murder that I committed occurred on January 12. Vipassana has been a way of been able to look. You know I look a lot at the victim’s family. I look a lot at what do they experience this time of year. You know because umm, they got a loved one you know that’s not present on account of me. Pain’s a fact. It’s gonna be. They got me twenty five years in it day for day. And the pain of that is with me daily. I can’t get around it. I try to shake it. I try to do everything I know to do.”

Wow what a difference between this interview and the first. We are dealing with two completely different people. He speaks fully in the ‘I’ instead of ‘you’ when talking about himself. He has taken personal responsibility for the terrible act he committed and appears to feel true remorse, including for the family members who are left behind. He talks about pain as something that affects him personally and in the moment.

We sincerely hope that the families of people who were needlessly taken by the inmates portrayed in this documentary have found peace. If you feel distanced from yourself, insignificant, or empty inside and are concerned that it might lead to violent acts have the courage to seek help now because changing the course of your life is always possible but it is never possible to take back the acts you have committed.