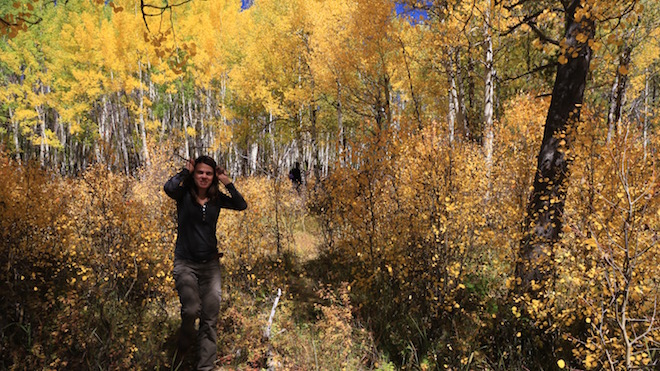 I spent a few days partaking in various activities leading up to a wedding this weekend where many people came together who did not know each other very well. I got to observe some of the psychological characteristics of group development. When a new group forms there is usually a predictable pattern that can be mapped. The value of understanding the stages of group development is that you will be able to exert a more conscious influence on the role you end up playing and will get to take a more active part influencing the group’s culture and norms. Many people are unsatisfied with the role they play in social groups but have little idea of why or of how to change their position.

In general terms the development of a group can be conceptualized in four stages commonly referred to as forming, storming, norming, and performing. We will discuss the basic aspects of each stage to help you raise your awareness about this fascinating process.

Forming is the first stage in any new group. Many theorists also refer to it as pseudo-community. This is because people usually do not provide an accurate picture of who they are. Everyone tries to put their best foot forward. They are polite and considerate of others. Laughter is a little bit too loud and often forced. Penetrating questions are usually avoided and replaced by meaningless small talk. People feel they have to pretend to care about what others say. The forming stage can be excruciating. On the surface pseudo-community seems like a pretty good time and everyone appears to be getting along. But it’s an illusion and any group that stays together long enough will soon have to deal with real conflict amongst its members.

Conflict occurs most in the storming phase. Once people begin to open up, be themselves, and allow their biases and worldviews to surface there is sure to be tension since no two people are exactly alike. One of the most useful parts of understanding that storming is a natural phase in the progression of a group is that you can learn to live with it instead of trying desperately to avoid it. Conflict is uncomfortable for many and most people attempt to resolve it or just run in the other direction. Others feed off of it and purposefully create conflict in order to eventually dominate. Many groups do not have members who are equipped to handle conflict and the group will quickly regress to the unsatisfying stage of pseudo-community.

It can be difficult to allow the storming stage to happen without trying to intervene in some way. However, this is a time when you have the chance to distinguish yourself in the group and start to carve out a role for yourself that you can be happy with. One way to accomplish this feat is by attempting to be more open and amenable to others’ points of view, and to raise your awareness about the ways you contribute to the unconscious development of the group by creating conflict yourself. It’s as if people are compelled by a force outside of themselves to test the boundaries of the forming group, and in the process they can develop a bad reputation as nasty, mean, or confrontational. You get to subjectively be a part of the group but also have a chance to objectively watch this stage of the group unfold. It kind of lets you enjoy a process that otherwise would feel uncomfortable.

The next stage is norming. If group members are tenacious enough to work through the storming phase, rules and norms for group behavior will invariably start to be created. Most rules and norms in groups are unspoken and largely unconscious, but they are real, as anyone who tries to join a preexisting group can attest. People need clearly defined boundaries in order to feel comfortable and free to move within those boundaries. Think about a tennis match. The net and lines, rather than being constrictive, actually allow for both players to have greater freedom within the boundaries of the game. Without those constrictions the game would be confusing and actually impossible to play.

This is another stage where clearly understanding the psychology can help you distinguish yourself and let you continue to inhabit a role in the group that you can be comfortable with. You can help shape the rules being created for the group, and also clearly understand what they are so that you do not step beyond them and risk being chastised or excluded. Also some groups just won’t be for you. The norms will not sync up with your values, prejudices, and neuroses. The more you become aware of these unspoken rules, the more you can decide whether membership within this particular group is desirable, and you can also turn the mirror on yourself to see whether your own biases are responsible for creating friction and disharmony.

A group continues to shape its norms and customs until it reaches the stage of performing, also called community by many psychologists. This is the final stage and the one that makes all the work of going through the previous stages worthwhile. If you think of every truly authentic and happy experience you have had in a group setting, you will realize that you were in the stage of community. Community lets group members feel comfortable being themselves. They no longer have to put their best foot forward and instead can feel confident expressing their thoughts, feelings, and opinions. You know what the rules are and you get to shine within those boundaries. Any group that reaches the stage of community will fight for its survival and try to stay together. Another fascinating aspect of community is that once a culture of a group is set, old members can leave and be replaced by new members without the makeup or rules of the group being upset very much. When you find yourself in a group that has reached the performing stage consider yourself fortunate and cherish your membership in it. It’s what being human is all about.