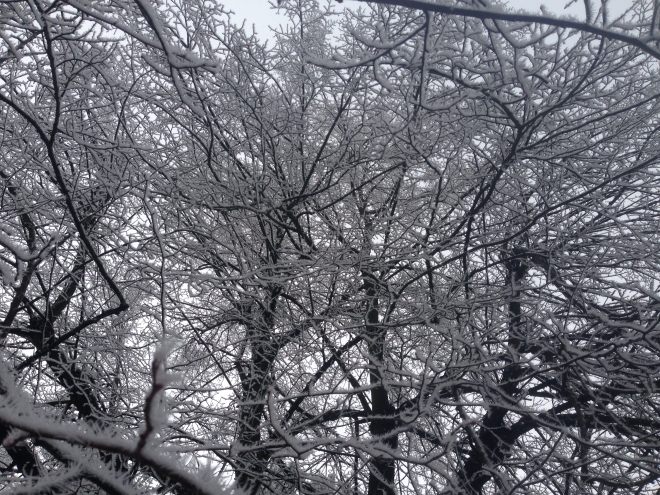 Two popular and competing philosophies for how to be productive when work demands creativity are to either sit down every day and pound away at your task whether you are feeling inspired or not, mechanically devoting blocks of time to your work and hoping something good comes out of it, or to wait for inspiration to strike, and when you feel that internal pull to create, the hair rising on your arms and the adrenaline pulsing through your body, you take advantage of the moment and let what you are working on basically create itself.

The second approach is romantic and sexy, the way most people who don’t consider themselves to be artistic probably perceive acts of creativity, where the first approach is more practical, what our society considers to be a good work ethic. The truth is that most works of creativity combine elements of both.

The common error in perception is to view the physical work that goes into a project as the beginning of the process instead of the end. The best way to think about this idea is to compare creative acts to giving birth. The baby has been growing within the womb for many months before it is ready to make its appearance in the world. Sometimes labor is relatively painless and quick, other times it is excruciating and takes quite a while. But delivery is the final stage in a long sequence of events.

If we think in this way then we open ourselves up to considering every thought, every event, every social interaction, and really all stimuli from our environment as new seeds that might flourish down the road or as fertile soil to help existing seeds continue to grow. We don’t discount the thoughts we have as not good enough because we don’t want to stunt their growth. We have no way of knowing what they will become unless we give them the chance to breathe, allowing them to develop in their own way and on their own time.

In this sense we are both allowing for inspiration to strike and doing the practical daily work that finally helps that inspiration bubble into our conscious awareness. But we are not trying to force anything that is not there. Instead we are acting more like a vector, freely allowing information to flow into us so that we can use it to make something else flow out.

Where a lot of people drop the ball is that they have been trained to do the hard daily work but they haven’t learned how to take full advantage of the moments of inspiration that all of us have in our lives. They let these moments pass them by. If you are feeling inspired, do something about it. Channel your inspiration into a work of creativity instead of ignoring the feeling until it fizzles out.